Make fewer (or is it less?!) errors with these expert tips.

I or Me after a preposition and another person

Incorrect version: “She went to the store with Sally and I.”

Correct version: “She went to the store with Sally and me.”

Incorrect version: “Between you and I…”

Correct version: “Between you and me…”

“I tell people to imagine the sentence with only one person because that usually makes the pronoun choice clear,” says Mignon Fogarty, creator and host of the Grammar Girl podcast on the Quick and Dirty Tips network. So think of it this way: You wouldn’t say, “She went to the store with I,” right? “Adding Sally doesn’t change anything,” Fogarty says.

The rule: Effect is usually a noun, while affect is typically a verb.

Incorrect version: “The book had an affect on me.”

Correct version: “The book had an effect on me.”

“Mixing up ‘affect’ and ‘effect’ is one of the most common errors because not only do they sound alike, but they also have similar meanings,” Fogarty says. There are exceptions (such as “to effect change” or “a baffled affect”), but most of the time affect is a verb and effect is a noun, says Mary Norris, a page OK’er at The New Yorker magazine and the author of Between You and Me: Confessions of a Comma Queen ($15, amazon.com).

The rule: Farther refers to an actual distance, while further should be used for a figurative distance.

Incorrect version: “Macy’s is further away than Nordstrom.”

Correct version: “Macy’s is farther away than Nordstrom.”

“The traditional American thinking is that ‘farther’ is for physical distance (e.g., ‘Macy’s is farther than Nordstrom’) and ‘further” is for figurative distance (e.g., ‘Don’t bother me about this further’),” Fogarty says, “but in British English, people use the two more interchangeably, so that may be a reason that American speakers have trouble remembering the difference.”

Incorrect version: “I’m going to lay down for a few minutes.”

Correct version: “I’m going to lie down for a few minutes.”

“You lay an object somewhere, and you lie if you’re taking action on your own,” Fogarty says. “I suspect people get confused because of the children’s prayer Now I Lay Me Down to Sleep.”

Impact as a verb

The rule: Impact is a noun, not a verb.

“Eek, screech, agh! Even educated people now use ‘impact,’ as a verb. I’m a purist,” Norris says. “Impact should stay a noun unless you are talking about having an impacted wisdom tooth.” She suggests saying “influence” instead.

Fogarty says she suspects the root of the issue might come back to number two — people don’t know whether to use affect or effect, so they (incorrectly) use impact instead. Her fix: “You’ll almost always have a stronger sentence if you explain how it affected you instead: ‘The story changed the way I think about seahorses,’ or ‘The story made me stop what I was doing and call my mother to tell her I love her.’”

Fewer versus Less Than

The rule: Use fewer for countable items (with some exceptions).

Incorrect version: “There are less than three pieces of pizza left.”

Correct version: “There are fewer than three pieces of pizza left.” 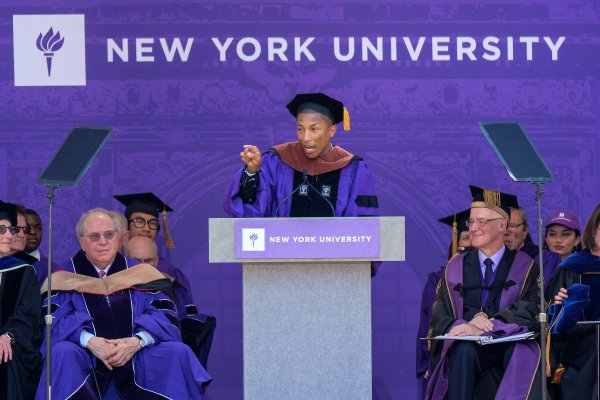 Pharrell Williams: 'We Need to Lift Up Our Women'
Next Up: Editor's Pick