That Time I Failed Miserably at Charming My Own Son

In 2009, Jeff Kinney walked up to me at the TIME 100 party and told me he enjoyed my columns, making me instantly like him. I told him I had just had a son, and he said that in six years, Laszlo would be reading his Diary of a Wimpy Kid books. This seemed very cocky and not at all wimpy.

Six years later, my son’s favorite author was Jeff Kinney. This was upsetting, since my son happened to live with an author, one who made him whatever he wanted for breakfast every day. Also, unlike Diary of a Wimpy Kid, which never mentions Laszlo at all, I often write about him.

Every night for the past two years, I’ve read Laszlo Diary of a Wimpy Kid books over and over while he giggles. Every so often, I ask Laszlo if he wants me to instead read him my way funnier book about being wimpy, Man Made: A Stupid Quest for Masculinity by Joel Stein, much of which is about him. Once, he said yes, but he got bored after two pages.

So usually, I have to re-re-re-re-re-re-read him his favorite Wimpy book, The Long Haul, which comes out as a movie on May 19. My book was not made into a movie. Possibly because, unlike Kinney, I didn’t come up with the apparently hilarious idea of entering a smelly-shoe competition.

I arranged a lunch with Laszlo and Kinney so my son could see what a cocky, unlikable bastard Kinney is. Instead, Kinney, who has been around 100,000 more kids than I have, charmed Laszlo by drawing pictures and actually listening to him talk instead of pretending to listen to him, like I do.

So I will be seeing the new Wimpy movie, likely multiple times, while angrily grinding popcorn kernels between my teeth–and hoping that when Kinney’s kids hit puberty, they will start to read my columns. 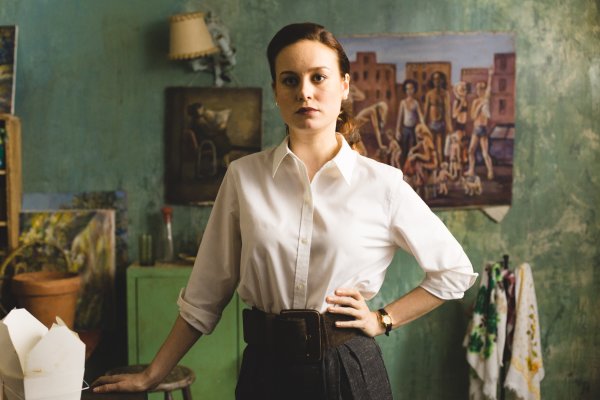 Watch Brie Larson and Woody Harrelson in the Trailer for The Glass Castle
Next Up: Editor's Pick