Why the Census Matters Now More Than Ever

The question of how many men, women and children live within our borders seems an academic one. A factoid, easily answered by the U.S. Census Bureau, which, by constitutional decree, updates its tally every decade using an army of 635,000 “enumerators” who are employed to walk door-to-door, clipboards in hand.

Of course, the Census results are more than trivia. They inform the very foundation of our electoral process: how state and federal political districts are drawn; which Americans are counted for representation; and how federal dollars, many of which are allocated per capita, are spent. “It is vital, it is critical, that the public has confidence in the Census,” says Terri Ann Lowenthal, a former staff director of the House Census Oversight Subcommittee. “Anything that compromises that compromises the whole mission.”

And so when Census Bureau director John Thompson announced on May 9 that he will leave his post at the end of June, it caused a stir. Thompson, who served at the bureau for more than 30 years, was expected to stay on through 2017. But colleagues say he was hobbled by intense pressure from Congress about cost overruns on a new Internet-based questionnaire and by Commerce Secretary Wilbur Ross‘s wavering confidence in him. (In a statement to TIME, the Commerce Department, which oversees the Census, declined to elaborate.)

Regardless of the reason for Thompson’s exit, his departure leaves the bureau rudderless, not only in the crucial years leading up to the 2020 Census but also at a uniquely volatile moment on the political stage. Throughout both his campaign and his time in office, President Trump has regularly assailed both the legitimacy of federal institutions and the veracity of objective facts. Now Trump is tasked with appointing Thompson’s replacement — and, more important, ensuring that Americans can trust the data that he or she presents.

There are signs that the bureau is struggling. In April, Congress allocated less than half its requested budget increase for 2017, leading the agency to cancel or abridge some scheduled field tests. If that trend continues, it may be forced to cut corners on the Census. “If you underfund the Census, you get an undercount,” says Kenneth Prewitt, who directed the bureau during the 2000 Census. “And if you don’t count people, they are politically invisible, in effect.” Meanwhile, the Trump Administration, which as of mid-May has yet to name anyone for 455 key federal roles requiring Senate confirmation, hasn’t said who will replace Thompson, or when. The Commerce Department told TIME it is “conducting an active search both internally and externally” for a replacement.

There are concerns that whoever is tapped may politicize the Census, says Bruce Bartlett, a former aide to Ronald Reagan and George H.W. Bush. It’s up to the director, after all, to decide how much effort should be put into tracking down hard-to-find populations. And if he or she makes choices that wind up, say, excluding minorities, that could unfairly shift “representation and money from blue states to red states,” Bartlett says.

The biggest threat to the integrity of the Census may be Trump himself. “When I hear a President say he doesn’t trust federal numbers or they’re made up, I’m concerned,” says Katherine Wallman, who served as chief statistician of the U.S. from 1992 to 2017, referring in part to Trump’s repeated claim that the Bureau of Labor Statistics’ unemployment numbers were “fake.” If Trump were to do the same thing — to send a tweet dismissing the 2020 Census data in similar terms — it would eviscerate a key part of the foundation upon which our government is based. If we can’t agree how many people live in each county, how can we fairly and accurately allocate seats for state legislatures or the House?

This kind of crisis has happened before. After the 1920 Census, Congress refused to accept data showing the country’s rapid urbanization and voted not to reallocate seats based on that supposedly flawed information. But in today’s political climate, with a President regularly peddling mistrust of any institution he cannot control, the fallout may be worse. “If you’re making choices designed to benefit one of the parties,” warns Prewitt, “you’ve killed the Census.” 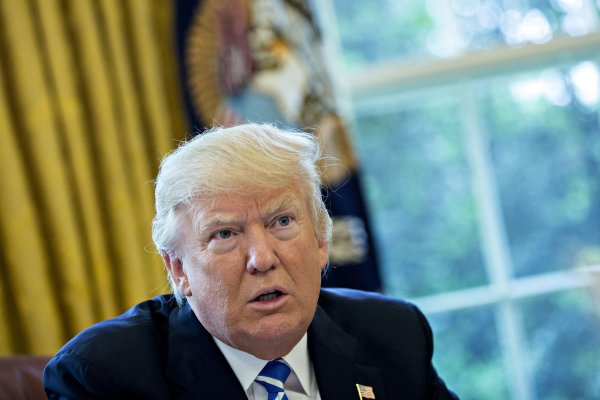 Spiro Agnew's Lawyer: Why President Trump Will Not Be Prosecuted for a Crime
Next Up: Editor's Pick