Why Your Power Company Wants to Sell You More Than Electricity

Illustration by Ryan Peltier for TIME
By Justin Worland

The 2,600-sq.-ft. tan house in Houston Heights looks like any other in the neighborhood five miles from the city’s booming downtown: paneled siding; a tidy, verdant yard; and a kitchen updated with granite countertops.

Look deeper, however, and the home becomes a model of energy efficiency. Solar panels line the roof, a lithium-ion battery stores energy collected on-site, and automated window shades help keep the interior cool. Most surprising? The home was created as a model by the Texas-based energy provider Reliant.

Building a house that helps consumers save energy may seem counterintuitive for a company that makes money selling electricity, but it’s just the latest step utilities are taking to prepare for the nation’s energy future. Increasingly, consumers are using smart thermostats to reduce their energy footprint, producing their own electricity with solar panels and saving it for future use with a home battery. As a result, utilities are working to expand their services and even encourage consumers to use less electricity—-once an unthinkable notion.

“Utilities are really beginning to realize that the world has shifted,” says Accenture global managing director Tony Masella, who advises power companies. “It’s not something that will happen in five years. It’s happening now.”

In response, utilities across the country are transforming from electron purveyors into energy-service providers. In Georgia, homeowners can now buy solar panels directly from Georgia Power, while Vermonters can get a new battery for their house from Green Mountain Power. Across electricity-gobbling Central and Southern California, consumers can use Southern California Edison’s digital home-energy-adviser tool to get tailored recommendations for reducing their usage—-and their bill.

These changes are mostly at the margins so far, with little bearing on the companies’ bottom lines. But they represent a dramatic shift in thinking. For more than a century, U.S. utilities counted on a guaranteed customer base and charged them a set rate, often based on a calculation made by state regulators. Freed from the burden of finding customers, the companies focused on maintenance and delivery issues and largely left consumers alone.

The rise of renewable power, particularly the rapid growth in rooftop solar, has changed the calculus. More than 1 million homeowners installed solar panels by 2016, and the number is expected to reach 2 million by 2018. At the same time, battery technology continues to advance. “In time, innovation will enable an era of personal power, and it’s not if–it’s when,” says Elizabeth Killinger, president of Reliant Energy. “We have to win the hearts and minds of our customers every single day.”

The change will also mean a shift in how–and how much–consumers think about energy. A recent Accenture report found that the average U.S. energy consumer spends only nine minutes each year dealing with their provider, mostly involving problems like billing and outages. Utilities are trying to improve the relationship, sending emails to warn about unusually high usage and offering tailored efficiency tips, like a note to a warehouse operator on the value of motion-activated lighting.

Still, all of these steps are no substitute for scale. “If people really want solar on their private residence, they can get it,” says Lisa Wood, executive director of the Institute for Electric Innovation, a utility-backed group. “It’s still far cheaper to build a large solar facility.” 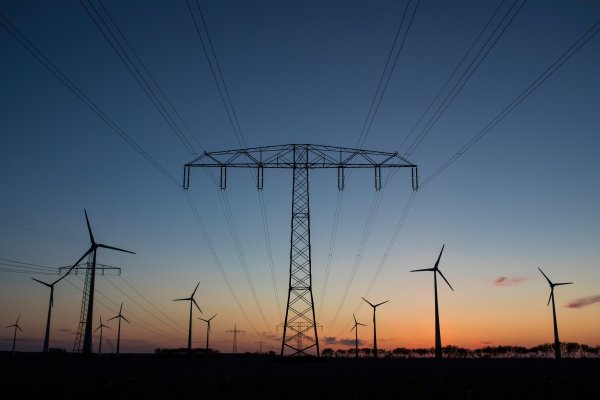 How Batteries Can Help Revolutionize the Energy Sector
Next Up: Editor's Pick