On May 14, Angela Merkel took a major step toward winning a fourth term as German Chancellor. Her Christian Democratic Union won a key state election in North Rhine–Westphalia, Germany’s most populous region and the home state of Martin Schulz, the center-left Social Democratic Party leader. Schulz had been the only politician considered capable of unseating Merkel in the Sept. 24 presidential election, but this defeat has hammered his campaign. His early momentum in polls is all but gone.

On the surface, the Merkel-Schulz contest has little in common with elections elsewhere in Europe. There is no anti-E.U. populist with a realistic chance of victory. Merkel is the living symbol of European governance, while Schulz is the former president of the European Parliament. Germany’s economy is booming, and unemployment is low.

Yet the Merkel-Schulz contest does reflect some of the populist tensions in European countries. Schulz argues that Germany’s wealth is not shared fairly and that past reforms have hurt the working class. Merkel says Germany’s greatest challenge is in maintaining law and order, a resonant issue at a time when a rise in crime is blamed in part on the influx of migrants into the country. An E.U. deal with Turkey reducing the flow of people into Europe has blunted criticism of Merkel’s open-door policy, and she is much more credible than Schulz on security.

This election is still important for Europe’s future. Although populist candidates have fallen short at the ballot box, anger at the E.U. is still boiling. It’s now on European leaders to push for reforms to address those frustrations. Newly elected French President Emmanuel Macron has some bold ideas; he wants to create a parliament, budget and common tax policies just for countries that use the euro. He also says these nations will be better off if Germany reduces its large trade surplus–an affront to fiscal conservatives in Merkel’s party.

Merkel and Macron did announce a joint plan to build a “road map” to deeper integration when they met on May 15. But the German Chancellor is less likely than Schulz to find common ground with her French counterpart. Europe will be the poorer for its failure to reform. 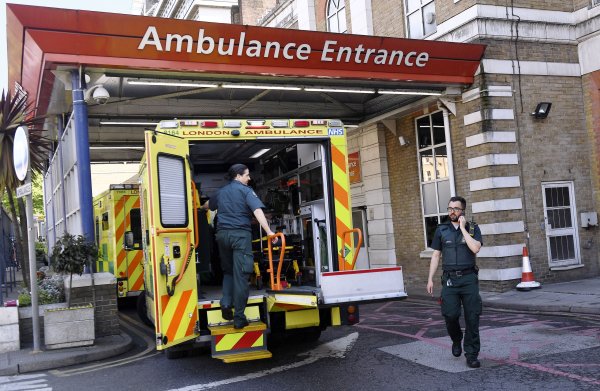 Why a Global Cyber Crisis Stalled-This Time
Next Up: Editor's Pick