Star Trek: Discovery Releases Epic First Trailer and It's Worth the 16-Year Wait

The trailer for the first new Star Trek TV series in 16 years is finally here.

Above is a preview for Star Trek: Discovery. The new drama series coming this fall stars Sonequa Martin-Green (The Walking Dead) as a First Officer on a starship along with Michelle Yeoh and Jason Isaacs as starship captains.

The lavishly produced footage shows Martin-Green’s First Officer Michael Burnham getting a potential opportunity to command her first ship from her longtime captain Philippa Georgiou (Yeoh), then wrestling with a mortal threat from the Klingon Empire. Included are glimpses of a dark and sleek new starship bridge, the show’s royal blue Starfleet uniforms, a desert planet and the introduction of Doug Jones (Hellboy) as Lt. Saru — a Starfleet Science Officer and member of a new alien species in the Star Trek universe who can sense oncoming death.

CBS also announced that the first season has been expanded to 15 episodes from its original 13-hour order.

Star Trek: Discovery is a prequel series that takes place a decade before the events in 1966’s original Star Trek series and features the ground-breaking franchise’s most diverse cast ever. The show has been shooting in Toronto and has also filmed in Jordan. The first season will debut on CBS before shifting to its regular home on the CBS All Access streaming channel. 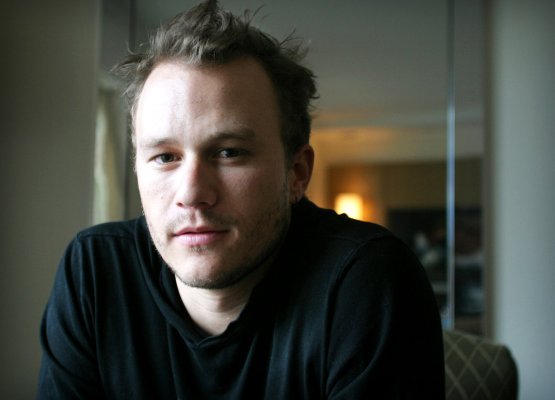 7 Things We Learned From the New Documentary About Heath Ledger
Next Up: Editor's Pick