What to Know About the MS-13 Street Gang

An ATF agent checks his weapon as he gets ready for a raid on May 17, 2017, in Los Angeles. Hundreds of federal and local law enforcement fanned out across Los Angeles, serving arrest and search warrants as part of a three-year investigation into the violent and brutal street gang MS-13.
Jae C. Hong—AP
By TIME Staff

President Donald Trump will discuss efforts to combat the MS-13 street gang during a Long Island summit in New York on Wednesday, nearly a week after calling members of the violent and powerful group “animals.”

Authorities say the gang has wreaked havoc across the U.S. for decades. Wednesday’s roundtable discussion will take place at the Morrelly Homeland Security Center in Bethpage, N.Y.

Trump has long said a crackdown on illegal immigration is necessary to fight groups like the MS-13 gang. Last week, he was criticized for using the word “animal” in describing gang members. Immigration advocates and others painted his remarks as referring to a wider group of immigrants in the country illegally, though Trump made the comment shortly after referring to gang members.

“MS-13, these are animals coming onto our country,” Trump said at the time. “When the MS-13 comes in, when the other gang members come into our country, I refer to them as animals. And guess what? I always will.”

Here’s what to know about the El Salvador-headquartered MS-13 gang:

MS-13 is short for Mara Salvatrucha, but the criminal organization is better known by its abbreviation. The group operates in at least 42 states and Washington, D.C. and boasts more than 6,000 members, according to the FBI, which has been trying to stop it for more than a decade. Most members are from El Salvador or are first generation Salvadoran-Americans. MS-13 started in Los Angeles in the late 1980s, although the group has spread toward the East Coast since then, the FBI said.

Federal officials say MS-13 is to blame for decades of gang violence and drug activity across the country. Members usually try to recruit middle and high school students, according to the FBI. MS-13 is believed to be responsible for at least 15 murders in Suffolk County, N.Y. since 2016. New York Gov. Andrew Cuomo blasted its members as “thugs” in April 2017 while announcing new initiatives to take down the group, local news outlets reported.

The FBI said MS-13 gang members have been known to use machetes to carry out violence. “The MS-13 motto is kill, rape and control,” Attorney General Jeff Sessions said during an April 2017 visit to Suffolk County, according to the New York Times.

What is being done about MS-13?

In May 2017, nearly two dozen people with ties to the MS-13 street gang were arrested in Los Angeles as part of a long federal investigation. “This gang is responsible for murders — both of rival gangsters and innocent bystanders — as well as drug dealing and extortion in many communities in the Los Angeles area,” Acting U.S. Attorney Sandra Brown said in a statement at the time.

Sessions has also targeted the gang as part of the Trump administration’s larger crackdown on both violent crime and undocumented immigrants.

“Our motto is justice for victims and consequences for criminals. That’s how simple it is. Prosecute them, and after they’ve been convicted, if they’re not here lawfully, they’re going to be deported,” Sessions said during his Suffolk County visit.

Sessions said he would beef up the number of prosecutors to the Eastern District of New York, while Cuomo added more than two dozen state police officers to combat the gang violence.

In May 2017, nearly 1,400 gang members and their affiliates were arrested after a six-week national crackdown on gang activity, the U.S. Immigration and Customs Enforcement said. More than 100 of them were part of the MS-13, authorities said. 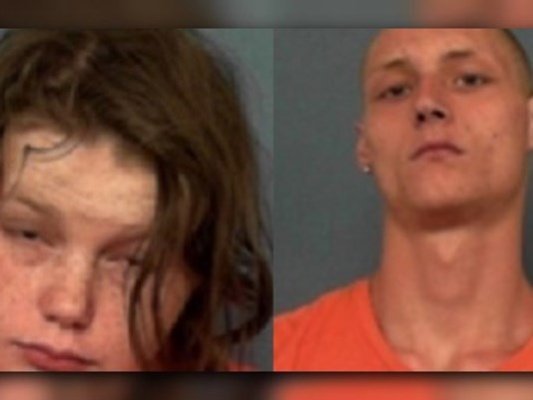