During rush hour in London on Tuesday, a swarm of bees descended on a pedestrian crossing and stalled traffic for at least an hour.

The source of the kerfuffle remains unclear; some speculate the thousands of humming honey-makers may have journeyed en masse from the nearby Greenwich Park, as Metro UK reports. Once unleashed onto the cobblestoned streets of north London’s Greenwich Church Street, they buzzed their way through the skies and ultimately congregated on traffic lights and other surfaces, causing some traffic-related chaos. The scene was rather intense; in tweets, passersby hint at the incessant humming and insects flying everywhere.

Eventually, a local beekeeper came to the rescue, managing to extract the buzzing creatures from their impromptu block party with a portable bee hive and return the street to normal. Luckily, he shared with local news that nobody had been stung as bees are “very benign” while swarming. A traffic Twitter account followed up, saying the bees had been “safely relocated,” thankfully. (Some bees are currently on some endangered species lists.)

One question remains: were Beyoncé and her BeyHive behind this? And if not, what sorcery was this? 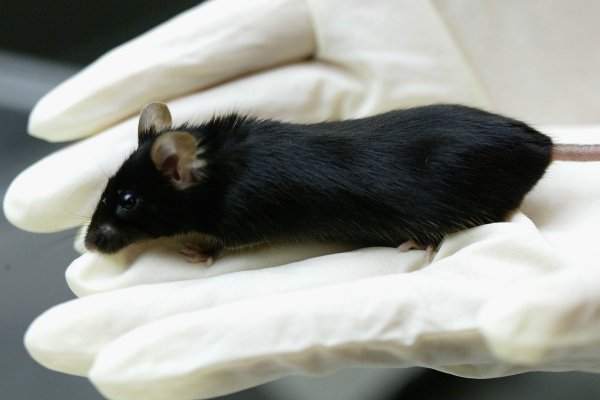 3-D Printed Ovaries Are Helping Mice Get Pregnant
Next Up: Editor's Pick