View of Manhattan from the Vernon C. Bain Correctional Center at Rikers Island, in the Bronx.
David Howells—Corbis/Getty Images
Ideas
By Elizabeth Ford
Dr. Ford is the Chief of Psychiatry for Correctional Health Services for New York City’s Health and Hospitals; she is also the author of Sometimes Amazing Things Happen: Heartbreak and Hope on the Bellevue Hospital Psychiatric Prison Ward.

I can hear the shouting before I’ve even cleared the gate. Disorganized obscenities and threats mix with stern warnings. There’s fear in everyone’s voice. A patient with mental illness, scared and yelling, is resisting the orders of the correction officers to leave his cell. The exchanges become more heated and tense. The risk of violence rises.

“Hey,” I say, looking at the patient through the cell door and placing my palm on the scratched Plexiglas window. He keeps yelling and pacing. I keep quiet. Within a minute, he only paces.

A captain comes up beside me at the door. “Do you want to talk to the doctor?” she asks gently, through the crack between the heavy door and the cell wall. “About anything you want.”

As a psychiatrist who has cared for men in jail for over 15 years, most of it at Bellevue Hospital in New York City, I still regularly see looks of surprise in patients’ eyes when they feel this level of compassion. In a place where anxiety and mistrust are the norm, human connection can both disarm and heal. It doesn’t take long before the pacing patient comes to the door and starts to talk. Everyone breathes a sigh of relief.

On any given day, the New York City jail system, with its hub on Rikers Island, manages approximately 1,000 people with serious mental illness. Nationally, about 15% of individuals in jails — compared to 4% in the general U.S. population — have a serious mental illness, like schizophrenia or bipolar disorder. These patients are almost universally the victims of childhood abuse, poverty, homelessness and chaotic personal relationships.

Once in custody, people with serious mental illness tend to stay in jail longer, on the same charge, than their healthy counterparts. They have higher rates of exposure to the physical and emotional traumas that accompany incarceration; in turn, this can lead to violence and self-injury. Suicide continues to be the leading cause of death in America’s jails.

Criminal justice–reform advocates call for ending the incarceration of the mentally ill. But the issue is far thornier. To categorically exclude those with serious mental illness from the arrest process is impractical. It also perpetuates the misperception that none of these individuals have the capacity to make choices about their behavior — or to participate fully in American society and its laws. However, to subject those with serious mental illness to the harshness of the criminal justice system without additional protection offends human decency.

Yet across the country, it is not only the bureaucratic, fiscal and political snarls that might get in the way of reforming the nexus of mental health and criminal justice. It is our collective stigma against those with serious mental illness. Our fear of the unknown should not be an acceptable reason to incarcerate a person or, once incarcerated, to deny their worth as a human being. Each possesses a compelling, frequently heartbreaking and sometimes even inspiring story to tell. More of our country should listen to those stories, which raise a question:

Can we as Americans, who live in the nation with the highest incarceration rate in the world, see past the headlines and our own assumptions and prejudices long enough to really pay attention to the sons and daughters that our criminal justice policies affect?

If New York City is an example, the answer might just be a surprising yes.

Not so long ago, the Rikers Island mental health units were isolated warehouses where patients rarely saw a regular clinician and violence was an almost daily occurrence. Very few officers or health staff wanted to work in them. Then, in September of 2013, a 39-year-old man named Bradley Ballard, who suffered from schizophrenia and diabetes and had been arrested for a misdemeanor parole violation, died after being locked in his cell for days, covered in feces and with a string tied tightly around his genitals.

I received the news while working on the Bellevue Hospital Psychiatric Prison Ward and felt the horrifying weight of his death. I remember thinking that as hard we might be working to improve care at Bellevue, we would never be able to have a real impact if something fundamental didn’t also change at Rikers Island.

Now, just over three years later and under the leadership of a new mayoral administration, the mental health unit on which Mr. Ballard died is virtually unrecognizable. With wide-open space for groups, patient-painted murals on the walls and staff offices next to patient cells, it is now home to one of five highly specialized and intensive mental health units, called the Program for Accelerating Clinical Effectiveness (PACE). These units follow a rehabilitative philosophy, with hospital-level staffing, officers and clinicians working together with the patients as a team, praise and incentives for prosocial behavior as well as ample opportunity for the patients to tell their stories and to be heard. The staff believes that each patient has the ability to be their best selves, even in jail, and the patients rise to those expectations.

Compared to regular mental health units, PACE units have over 50% fewer officer “uses of force” and a 40% increase in medication adherence. According to Correctional Health Services data, PACE units also have 50% fewer self-injuries as compared to regular mental health units. Officers and health staff request to work on these units. The transformation PACE has modeled is so compelling that the city allocated funding to build seven more units by 2020. While New York City has long had some of the lowest suicide rates among jails, there has not been a suicide in over a year, and self-injuries are at a record low.

The political leaders in New York City recently announced a plan to close Rikers by consolidating and moving nine of the city’s jails off the island. This indicates a serious commitment to improving the conditions of confinement. This is also an opportunity to think very carefully — not just about physical space and staffing resources, but also our city’s collective philosophy about incarceration. The kind of humanizing, safe and respectful care that the PACE units represent must continue, no matter where the NYC jails are. And if this model can work in the second-largest jail system in the country, it can work anywhere.

Dr. Elizabeth Ford is the Chief of Psychiatry for Correctional Health Services for New York City’s Health and Hospitals and a Clinical Associate Professor of Psychiatry at New York University School of Medicine and the author of Sometimes Amazing Things Happen: Heartbreak and Hope on the Bellevue Hospital Psychiatric Prison Ward. 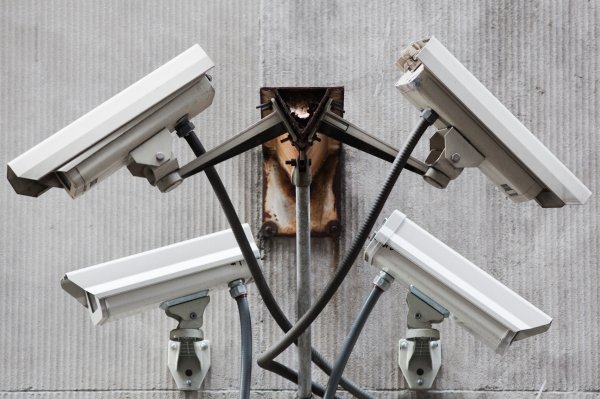 Why You Feel Like You’re Being Watched
Next Up: Editor's Pick