“This is where I stand. I will not be moved. The president must be impeached,” the Democratic congressman said Wednesday morning.

Green’s call for impeachment follows a New York Times report that Trump asked former FBI Director James Comey—who he fired last week—to stop investigating Michael Flynn, the administration’s former National Security Adviser. According to the Times, Comey wrote a memo after meeting with Trump the day after Flynn resigned, following revelations that he had misled Vice President Mike Pence about his conversations regarding sanctions with Russian ambassador Sergey Kislyak. Comey wrote in the memo that Trump asked him to “let this go” regarding Flynn, according to the Times.

Talk of impeachment has swirled since the report of Comey’s memo broke. Green said Trump should be impeached “for obstructing a lawful investigation” of his presidential campaign’s ties to Russia in a release.

Green said the combined acts of Trump firing Comey, linking the firing to the Russia probe and later threatening Comey via Twitter constituted “intimidation and obstruction.” 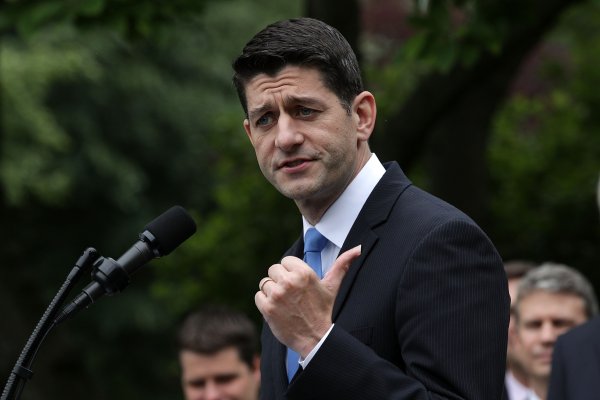 Paul Ryan on Comey Memo: 'We Need to Look at the Facts'
Next Up: Editor's Pick