“This year, there are worse ticks than many of us have ever seen in our lives,” says Janet Foley, an epidemiologist at the University of California Davis School of Veterinary Medicine.

Ticks are roaming American forests in greater numbers this year than any in recent memory leaving thousands of humans at risk for lyme disease, say public health officials. And things could get much worse through the summer if weather conditions remain humid, spelling trouble for the people who roam in their habitat.

The prevalence of ticks—and the diseases they carry—has been on the rise in recent decades as reforestation and climate change expanded the range of the eight-legged bacterial vectors. Public health officials have attributed the pervasiveness of ticks so far this year to warm winter conditions that allowed an unusually large number of rodents and mammals to survive and act as hosts to ticks.

The growth in tick numbers—both this year and in recent decades has caught the attention of public health officials in the affected states and at the highest levels of government. “Millions of Americans seek care for a tick bites each year in the United States and despite that very few of us are equipped to answer the questions,” said Anne Schuchat, acting director of the Centers for Disease Control and Prevention (CDC), in a presentation earlier this year. “The reported cases of tick borne diseases are increasing. The range of ticks that can carry diseases is expanding. The number of tick borne diseases that we’re aware of is increasing.”

The high tick populations translates into increased risk for humans, who can be infected by bacteria and viruses carried by the arachnids. Lyme disease, the most common ailment passed through ticks, affected more than 25,000 people in 2015 primarily in the Northeast and northern midwest. That’s up from just over 10,000 two decades prior, according to numbers from the Centers for Disease Control and Prevention (CDC). The disease, which causes fever, headaches and fatigue, can spread infections to the heart and nervous system if not treated properly.

A slew of less-understood diseases transmitted through ticks are also affecting a growing number of humans, scientists say. The CDC reports an increase in cases of the Powassan virus, which directly causes neurological damage, among other diseases spread through ticks. While there are typically less than a dozen cases each year, scientists warn that the number could grow rapidly as ticks continue to expand their range.

The growth of tick population in recent decades comes at least in part as a byproduct of reforestation efforts. Increased forest area has given more space for animals like deer and rodents that serve as hosts for ticks. At the same time, climate change has created conditions helpful to ticks. Shorter winters mean an increased time when ticks can thrive and bite humans and warmer weather broadly means an expand range into places like Canada.

But despite the warning public health experts say the severity of the remainder of this year’s tick season, which lasts through the fall, will largely be determined by difficult to predict weather conditions. And those conditions may not be the same everywhere ticks occur. An unexpected and sustained drop in humidity, for instance, would be sufficient to slow the season.

“How bad it gets depends on many variables and a lot of it depends on the weather conditions,” says Dave Neitzel, who supervises Minnesota’s vector borne disease unit. “If it’s dry, then the ticks have a hard time coming out and feeding.”

But, no matter whether this year is the worst yet for ticks or merely among the worst, public health officials say the risk from tick bites isn’t going anywhere anytime soon. “People say to me, ‘it’s always a bad year for ticks.’ And in a sense that’s true,” says Thomas Mather, a professor at the University of Rhode Island who runs a center on ticks. “We have more ticks than ever before. Is this going to be a worse year? It’s already more than bad.” 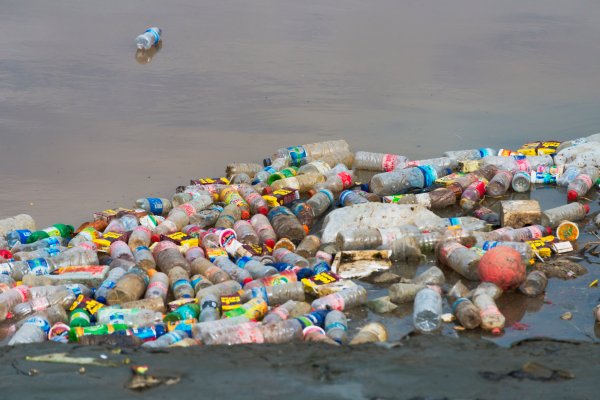