President Donald Trump is now under fire for reportedly doing the same thing he repeatedly criticized Hillary Clinton for on the campaign trail in 2016: transmitting classified information.

The Washington Post reported on Monday that Trump had shared highly classified information with Russian Foreign Minister Sergei Lavrov and Ambassador Sergey Kislyak during their meeting last week, possibly imperiling diplomatic relations with the country who provided it.

The President has broad powers to declassify information, so it is unlikely Trump broke the law, according to the Post, but he seems to have contradicted himself.

The transmission of classified information was one of the main points Trump often cited about the dangers of Hillary Clinton’s private email server.

“She was willing to risk our foreign enemies reading her emails as long as the voting American public could not,” Trump said last July.

Former FBI Director James Comey — whom Trump ousted last week — said last summer that Clinton was “extremely careless” in the way she handled classified information, but she and her associates did not break any law. But this criticism about classified information continued to be a staple of Trump’s campaign speeches.

Watch these criticisms in the clip above. 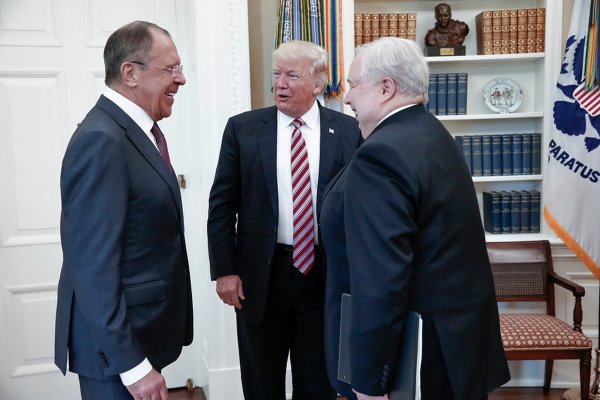 Here's a Play-by-Play of How Twitter Will React to the Next Trump Controversy
Next Up: Editor's Pick