Playing a character suffering from anorexia hit close to home for Lily Collins, who revealed earlier this year that she had suffered from an eating disorder herself.

Collins says taking on the character of Ellen in the upcoming Netflix film To the Bone was a daunting project for her, because she didn’t want to fall back into disordered habits.

“At first it was definitely a scary process,” the actress, 28, told Refinery29. “It was something that I thought is risky, because there’s a fine line between facing something head-on and succeeding, or falling back into it. But I knew that, this time, I would be held accountable for it. I would be [losing weight] under the supervision of a nutritionist and surrounded by all these amazing women on set. So, I knew that I would be in a safe environment to explore this.”

But instead of being upsetting, Collins found the process to be healing. As part of her prep for the role, she attended an Anorexic Anonymous group and met with the head of the L.A. Clinic for Eating Disorders, and openly discussed her personal struggles for the first time.

“I always assumed the second that I admitted these things, people would judge me more. In fact, it was just a freeing experience of letting go, and then not having these restrictions and feeling like I was in a box in my own head,” she says. “I was also shedding myself of the title, girl with a disorder. I was able to get rid of that and work through it as the character and also as myself.”

Collins says she was not asked to lose a certain amount of weight for the role, but knew she would have to be visibly thin to play the character. However, Collins says she did not crash diet, and made sure to take nutritional supplements to make sure she stayed healthy.

“We really ate clean: no sauces, oils,” she says. “It was just very clean eating but in no way crash dieting. That would not have done good for my body, and I wanted to treat this as specifically and as healthily as possible.”

Collins says one of the most impactful moments during filming was shooting a scene during which her character’s stepmom takes a picture of her standing naked on a bathroom scale.

“She turned the camera around and showed me and said, ‘This is what you look like. Do you think this is beautiful?’ ” recalled Collins. “What I saw on the camera was so shocking to me. It’s very rare when you’re in the disorder that you can actually see what other people see. […] I really saw it and it was so disturbing. It was a moment that I think really resonated a lot, not just as Ellen, but really as myself because I was actually seeing myself. It was a really powerful moment.” 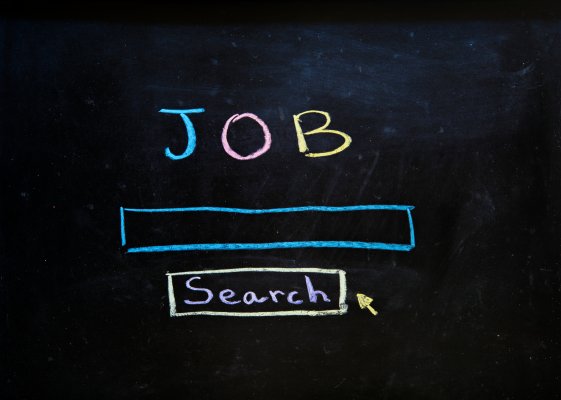 How to Start Looking for a New Job
Next Up: Editor's Pick