McConnell said that Garland would be his candidate of choice to replace FBI Director James Comey, in an interview with Bloomberg on Tuesday. “I have spoken with the President about it, and I recommended Merrick Garland,” McConnell said.

McConnell, who denied Garland a confirmation hearing when then-President Barack Obama nominated Garland to fill Antonin Scalia’s Supreme Court Justice seat, noted that the judge would make an ideal candidate because of his professional experience.

“It may surprise people, but he has a deep background in criminal law, he was the prosecutor in the Oklahoma City bombing case,” McConnell said. “I think it would make it clear that President Trump will continue the tradition at the FBI of having an apolitical professional.”

McConnell added that a pick with a law enforcement background without a history of political involvement will “serve [Trump] well, serve the country well and lead to a more bipartisan approach.” 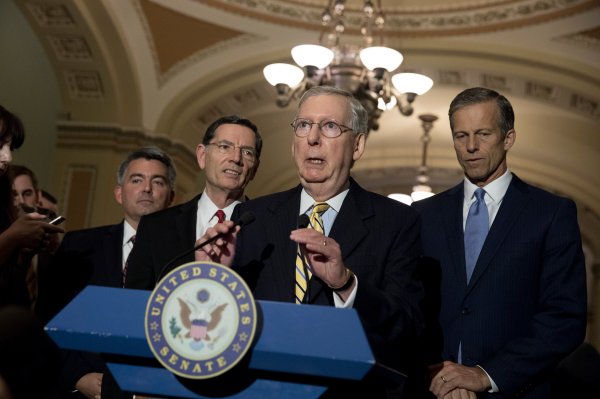 Mitch McConnell on the White House: 'I Think We Could Do With a Little Less Drama'
Next Up: Editor's Pick