I Love Virtual Reality, But I'm Also Afraid of It

Could virtual reality be dangerous? John Hanke worries that it could. And he should know: Hanke is the CEO of Niantic, the company primarily responsible for the Pokémon Go phenomenon that struck last summer.

“I’m afraid [virtual reality] can be too good, in the sense of being an experience that people want to spend a huge amount of time in,” said Hanke at an industry conference last month, as reported by GamesIndustry. “I mean I already have concerns about my kids playing too much Minecraft, and that’s a wonderful game.”

Hanke continued: “We’re human beings and there’s a lot of research out there that shows we’re actually a lot happier when we get exercise, when we go outside – and outside in nature in particular. I think it’s a problem for us as a society if we forgo that and spend all of time in a Ready Player One-style VR universe.”

As somebody profiting from virtual reality (and its cousin, augmented reality), Hanke’s comments may come off as hypocritical. But I believe he’s on to something. If you’ve played with a high-end VR headset like the Oculus Rift, HTC Vive or PlayStation VR, you know how immersive the experience can be. Once inside a virtual world, it’s all too easy to become captivated. For some players, video games have long offered an escape from reality. Today’s VR technology can take that even further.

Let me be clear that I am in no way opposed to VR or its world-changing potential. The technology will find use in gaming, of course, but also in medicine, heavy industry, aviation, the military and more. But users would be wise to make sure their relationship with the technology is a healthy one.

As Niantic’s Hanke suggested, getting caught up in a virtual world can keep a person from socializing in the real world, an important part of the human experience. (Yes, friendships have been forged in games like World of Warcraft, but we are still social beings at heart). We’ve already seen examples of people getting sucked into “regular” games to extreme and even dangerous degrees. Spending massive amounts of time in VR could similarly present real dangers.

I also have concerns about virtual reality’s impact on a person’s physical health. We already know that spending too much time staring at a screen can harm our vision over the long term. VR headsets are essentially a digital display mounted directly in a user’s face, raising real questions about the effects over time. Some people are also prone to nausea, dizziness and vertigo after just a little time spent in VR. For the industry, that motion sickness issue remains a largely unsolved problem.

From Apple to Microsoft, pretty much every major technology company is pursuing or is rumored to be pursuing virtual reality in some fashion. All would do well to give serious thought to these issues as the technology enters the mainstream. While I’m bullish on VR overall, I believe the industry needs to do more to grapple with the potential pitfalls before pushing the technology to the masses. 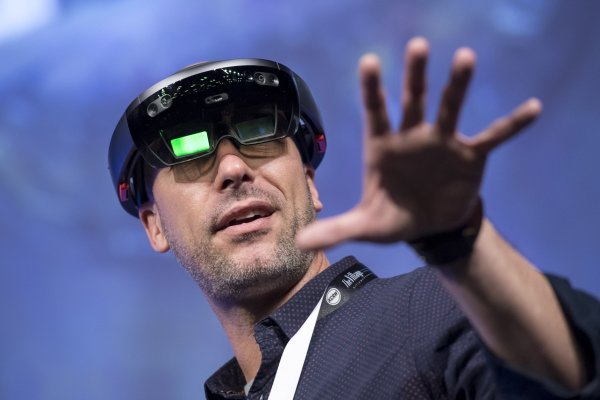 Why This Futuristic Tech Will Be The Future of Computing
Next Up: Editor's Pick