President Donald Trump has repeatedly denounced that members of his administration are leaking news to media outlets and demanded efforts to discover who those individuals might be.

On Monday evening’s Late Night with Stephen Colbert, the comedian riffed on new reports that revealed Trump disclosed classified information to Russian officials at a meeting at the White House last week.

“It was fast,” Colbert joked.

Colbert also pulled out key details from the Washington Post report that broke the story, including that Trump had gone off script in revealing these details to the Russians.

“That is unbelievable,” Colbert said. “Trump had a script?”

The news of Trump’s disclosure of classified intelligence comes just after he fired former FBI Director James Comey, citing his handling of the investigation into Hillary Clinton’s use of a private email server. Critics of the Trump Administration have questioned his timing and motive since Comey was also investigating whether the Trump campaign had colluded with Russia to influence the 2016 U.S. election.

As a result of Comey’s firing and the Post, among other reasons, Colbert suggested Trump should resign.

“It’s yet another ’70s reboot: Watergate 2: Resign Harder,” Colbert joked, revealing a movie poster with Trump’s and Nixon’s faces on it. “This summer, he is a crook. To be fair, Nixon at least attempted a cover-up.” 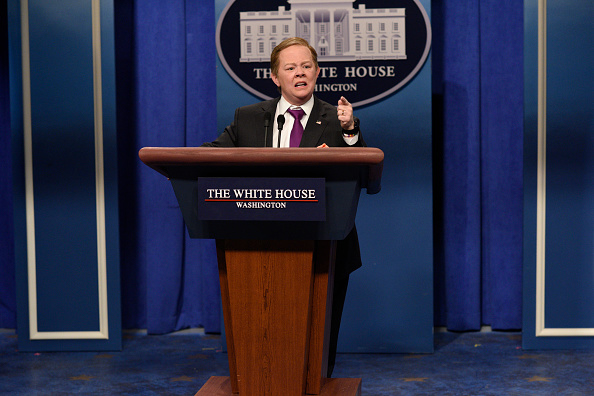