Matt McGorry Wants Other Male Feminists to Avoid His Mistakes

Stefanie Keenan—Getty Images for The Rape Founda
By Samantha Cooney

The outspoken How to Get Away With Murder and Orange Is the New Black star publicly declared his passion for fighting for gender equality in 2015 — but that didn’t necessarily go well. He’s been called out on Twitter for receiving “excessive praise” for coming out as a feminist when women have been on the front lines for years, and a feminist blog argued that he wasn’t helping the movement because he oversimplified the definition of feminism and was getting more credit for his comments about the issue than female feminists.

McGorry admitted in a recent interview with Motto that he’s made a few missteps — and that he unfairly gets credit for speaking out about these issues because he’s a celebrity.

“There are things that I think I said or tweeted in the beginning of understanding these issues that I definitely wouldn’t do today — and quite honestly, they embarrass me to look back on,” he said. When he first began to advocate for these issues in 2015, he said that he sometimes was too defensive to his critics on Twitter and found himself speaking over women on the front lines of the issue because he was in such a hurry to “be on the right side.”

“But I think that part of any journey is making mistakes — they’re simply things I had to go through to get where I am now,” he added.

McGorry said he’s since learned that one of the best things he can do to advance feminism is to help start conversations with other men. He spoke with Motto about his advice for men seeking to become allies.

“The first step is understanding that there’s a lot that we’re not going to be inherently knowledgeable about or equipped to deal with because, as privileged people, we’ll never experience these issues on a firsthand basis. And, because of our condition, we’re often going to have some sort of gender or racial bias despite our best intentions. Social norms are imperceptible to a lot of us. We need to understand that there are institutionalized barriers to providing the same opportunities to people of color, women and [people who] do not identify as men or women.”

“A primary goal of ours should be unburdening women and people of color from educating us by doing that ourselves. We have to educate ourselves since we’re not born with that understanding, and we’re not typically taught it in school. We need to read books and scholarship, like Kimberlé Crenshaw or Michelle Alexander’s The New Jim Crow. We actually have to show up in person to social justice organizations. I’m a member of White People 4 Black Lives, and I’ve learned things that I would never have known about if I wasn’t showing up there. We have to accept that saying that you’re one of the ‘good ones’ or that you didn’t vote for Trump does not mean that you’re doing the best you can.”

Amplify the voices of others

“We need to be cognizant about hearing the experiences of the most marginalized voices and amplify their stories and opinions most frequently. We need to [follow] women, women of color and various feminists in our social media feeds, and when something resonates with us, we need to retweet it to amplify voices that are often drowned out.”

“We need to listen more. Those who are most affected by these issues are going to be the greatest experts on them. We need to go directly to source. I probably could have done this more when I started on my journey, but I was in such a hurry to be on the right side. I found that I was oftentimes inadvertently speaking over women in the public sphere. Celebrities tend to get a lot of credence on these issues, and particularly as a man who is coming forward, it’s easier for me to get credit for standing up than those who are actually affected. That’s a problem.”

Talk to each other

“And finally, we need to be having these conversations with other men. As I’ve learned, I don’t need to be talking to women about feminism. But I do need to talk to men about it — and I’ve been doing that quite aggressively, much to the chagrin of my guy friends.” 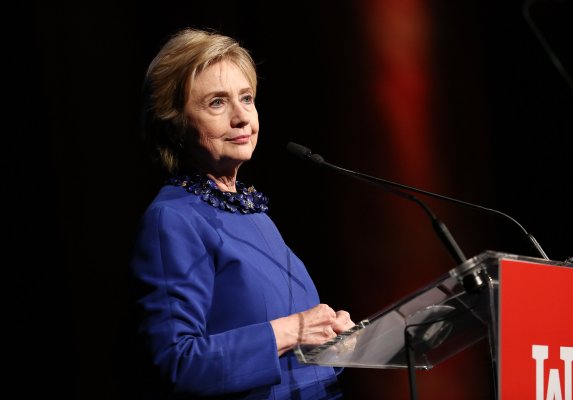 Breaking: The Men Who Lost a Presidential Election Didn't Take Full Blame, Either
Next Up: Editor's Pick