Iran's Election Will Change Nothing

Ross, a co-founder of United Against Nuclear Iran (UANI), was special assistant to President Barack Obama from 2009 to 2011. Brodsky is the policy director of UANI.

Iran’s upcoming presidential election on May 19th has all the hallmarks of a Western-style democracy: a series of television debates, endorsements by elder statesmen and catchy campaign banners adorning cityscapes.

But it is all window dressing.

In Iran, Supreme Leader Ayatollah Ali Khamenei — and not the President — wields the ultimate power. Regardless of whoever is declared the winner, the Iranian people cannot expect any real change for the better either domestically or in their country’s posture toward the outside world.

The contest is shaping up to be a referendum on the nuclear deal, with pocketbook issues dominating the agenda. In the years since the agreement was sealed, ordinary Iranians haven’t reaped the promised economic benefits of the nuclear deal despite the much-ballyhooed sanctions relief granted to Tehran under its terms. Two structural reasons explain the lack of progress: First, there is no meaningful transparency in Iranian banks that would reassure the international community that money laundering and financially supporting terror groups have stopped. Second, the Supreme Leader and the Islamic Revolutionary Guard Corps (IRGC) control much of the economy, and they continue to block deals that might build the strength of the private sector in Iran. Yes, there has been an infusion of cash, but following the money shows that funds have flowed to the Supreme Leader, to companies he controls and to the security services — not to ordinary Iranians. From this standpoint, the nuclear agreement has been good for the Supreme Leader and the clerical establishment, but not necessarily the Iranian public.

Despite all of the talk by the Khamenei and the IRGC about the United States not fulfilling its side of the bargain — something that is untrue — it is interesting that of all the presidential candidates, not a single one is publicly advocating reneging on the nuclear deal. In fact, Ebrahim Raisi, the conservative frontrunner who is highly critical of current President Hassan Rouhani, has stated that “[a]ny administration that comes to power should be committed to the JCPOA.”

One may wonder how candidates could speak out of both sides of their mouths, by lambasting Rouhani for the deal without advocating for its termination. But it is because the Iranian President — whoever he may be — ultimately does not have the last word on the nuclear agreement. In the end, the Supreme Leader is the only political entity that can pull out of the deal — something he is unlikely to do, because he still sees the benefit in not isolating Tehran from the Europeans and other members of the P5+1 cosignatories.

But that does not mean that Iran will moderate its behavior or its non-nuclear policy. Iran has accelerated its proxy warfare in the region, effectively doubling down throughout the Middle East after the agreement was inked. From bankrolling Assad in Syria and Hezbollah in Lebanon, to employing tens of thousands of Shiite fighters in Syria and Iraq, to arming the Houthis in Yemen, the Iranians see the use of Shiite militiamen as their tool of choice in spreading their power in the region and de-stabilizing, or gaining leverage over, Arab regimes.

Significantly, the Iranian President has little control over the IRGC and its action arm in spreading Iran’s power in the region. The IRGC answers only to the Supreme Leader. On May 2, Iran’s judiciary — which also reports to Ayatollah Khamenei — announced that a senior reformist politician would be prosecuted for just criticizing the IRGC’s heavy-handed presence in Syria during a Rouhani campaign rally. We can only expect more of the same.

For a reminder of the limits of democracy in these elections — and the risks any dissonance runs — it is worth noting that February marked the sixth anniversary of the house arrest of 2009 presidential candidates Mir Hossein Mousavi and Mehdi Karroubi. The 2009 election, which ushered in a second term for then-firebrand president Mahmoud Ahmadinejad, rocked the foundations of the Islamic Republic with mass protests and civil unrest. In the last election, then-candidate Rouhani campaigned on promises to release them. Fast-forward to 2017: there has been no movement.

Rouhani has warned in this campaign cycle of increased “extremism” in Iran, saying “[w]e will not let them bring the security and police atmosphere back to the country.” But actions of the deep state inside the regime — the judiciary and security services — speak louder than words. In March, to lay the groundwork before the presidential election, officials arrested administrators of twelve reformist Telegram (an instant-messaging service) channels on unspecified charges.

The Iranian President has virtually no political recourse in a hydra-headed political system. Just ask the last reformist president Mohammad Khatami, who is under a domestic media ban. For the next few weeks, we will watch the pomp and circumstance of an election in name only. This is a public exercise, a ruse for the global community. While this election may impact matters of succession with the Supreme Leader’s rumored cancer diagnosis (there is a precedent of a president being elevated to the top job), come May 20, at least in the short-term, Iran will continue on under the rule of Ayatollah Khamenei. The onus of responsibility lies with world leaders to be clear-eyed in understanding the true nature of the Iranian regime and addressing its chronic regional meddling, support for terrorism and human rights abuses.

Ambassador Dennis B. Ross, the William Davidson Distinguished Fellow at the Washington Institute for Near East Policy and co-founder of United Against Nuclear Iran (UANI), was special assistant to President Barack Obama from 2009 to 2011. Jason M. Brodsky is the policy director of UANI. 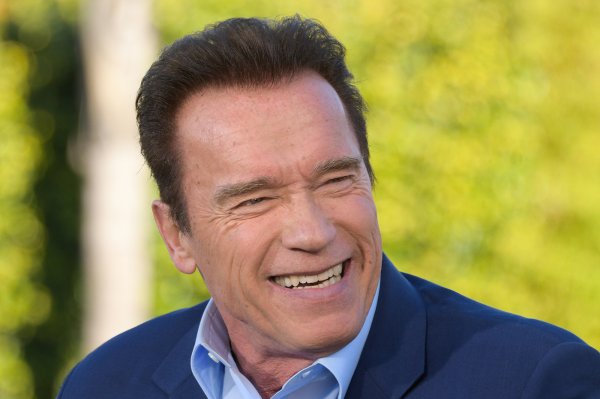 Arnold Schwarzenegger at University of Houston Commencement: 'None of Us Can Make It Alone'
Next Up: Editor's Pick