White House: 'No Need' for Special Prosecutor in Russia Probe

The White House again said that a special prosecutor is not needed to investigate Russian meddling into the 2016 election.

Speaking at the daily White House press briefing on Monday, White House spokesman Sean Spicer argued that would be unnecessary.

“There’s frankly no need for a special prosecutor,” Spicer said Monday at the daily briefing. Spicer noted that there are at least three investigations into Russian interference in the election underway, and argued that adding more resources would be superfluous.

“I don’t know why you need additional resources when you already have three entities,” Spicer said. “The President’s been very clear there are two issues at hand. One is the involvement of Russia potentially in respect to the election and then the President’s involvement. The FBI Director and others have made it very clear that the president is not the subject of anything.”

Although Trump told NBC News’ Lester Holt he and Comey had conversations that echo what Spicer is saying, the FBI has actually not confirmed that; James Comey only confirmed that the FBI was investigating possible collusion between Trump campaign associates and Russia.

Calls for a special prosecutor intensified after Trump’s abrupt decision last week to fire former FBI Director James Comey, who had confirmed he was leading the bureau’s investigation into possible collusion between Trump’s campaign associates and Russia. Although most of the calls came from Democrats, some Republicans, including Senator John McCain and Rep. Justin Amash had called for a select committee and an independent commission, respectively.

MORE: James Comey’s Firing Has People Calling for an Independent Prosecutor. What’s That?

Both Senate Majority Leader Mitch McConnell and House Speaker Paul Ryan have rejected calls for a special prosecutor; like Spicer, they cited the investigations already underway as sufficient. An independent prosecutor, they argued, could imede the work that’s already being done.

“I don’t think that’s a good idea,” Ryan said on Fox News last week when asked about the idea. “Don’t forget that the methods and sources of our intelligence gathering are also at play here and we have to be very sensitive so that we don’t compromise that information, as well.” 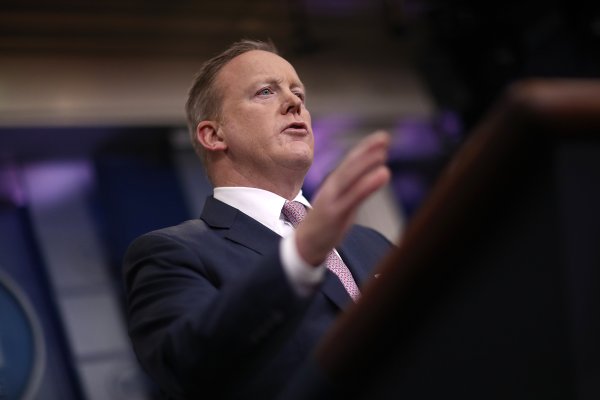