A 7-Year-Old Boy Was ‘Accidentally Shot’ in a Louisiana Classroom, Authorities Say

The Moss Bluff Elementary School student is in stable condition and undergoing surgery, according to Calcasieu Parish Sheriff Tony Mancuso. It’s unclear where he was shot.

The sheriff said another student brought the weapon to school. After the gun fell out of the child’s backpack, another student picked it up and accidentally fired the gun, striking the 7-year-old, Mancuso said.

Authorities said the morning incident, which is under investigation, was isolated to one classroom.

“I’m a pro-gun advocate and I believe in the 2nd amendment that allows us to possess and carry firearms, however, I also believe that it is our responsibility as gun owners to keep our guns locked and out of the reach of children,” Mancuso said in a statement. “In addition, talking to our children about the dangers of guns can help them know how to react if they encounter a gun at school or even at a friend’s house.” 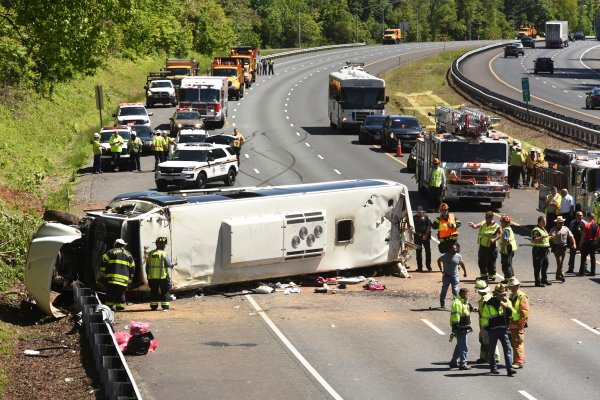 Charter Bus Carrying 26 Children Overturns on I-95 in Maryland
Next Up: Editor's Pick