Charter Bus Carrying 26 Children Overturns on I-95 in Maryland

Emergency workers tend to an overturned bus on I-95 southbound in Havre de Grace, Md., on May 15, 2017.
Amy Davis—AP
By Julia Zorthian

The accident occurred when the driver of a car behind the bus lost control while trying to pass it, clipping the bus and causing it to veer off the right side of the highway. There the bus struck a tree and flipped onto its side, Maryland State Police (MSP) spokesperson Greg Shipley tells TIME.

Three chaperones and a driver were also on board with the children when the bus overturned on I-95 in Havre de Grace, according to the MSP. Shipley said all 30 bus passengers were treated or evaluated at hospitals, and there were no fatalities as of Monday afternoon. One adult and one child were flown from the scene in a helicopter to receive medical treatment.

Shipley says the driver of the car was not injured, and that the State Attorney’s office will review the case after the investigation is complete.

The crash took place around 9:30 a.m. and blocked all southbound traffic. Fire and emergency medical services vehicles were on the scene, officials said.

Officers believed based on preliminary info that the children were from a school in Pennsylvania and were heading to Washington D.C. for a field trip, police spokesperson Shipley told the Baltimore Sun. 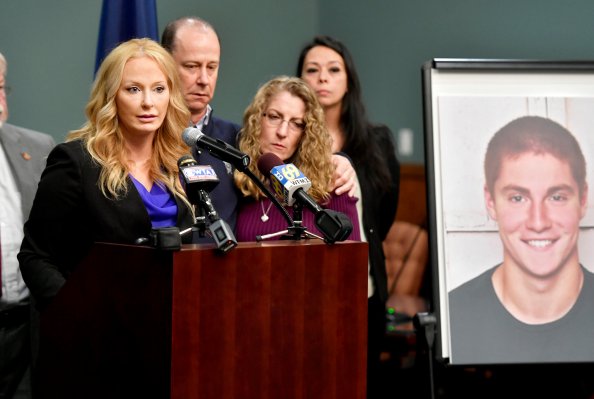 Family of Penn State Fraternity Pledge Who Died in Hazing Incident: 'They Basically Treated Our Son as Roadkill'
Next Up: Editor's Pick