As a high schooler in Connecticut in the 1980s, I spent a spring break shivering in my bikini in our backyard, where I watched episode after episode of General Hospital and As the World Turns on a television that I had dragged outside. But back at school, despite my equally bronzed face and arms, I still felt myself deflate inside while listening to my classmates’ excited chatter about chartered yachts in the Caribbean. I knew that my family, while solidly upper middle class, didn’t have as much money as many families at my private suburban high school. But I never felt it more acutely than around school vacations.

Thirty years later, different variations of this scene still play out, and not just at private schools. Families at public schools in wealthier neighborhoods in many major American cities and suburbs do their own share of jetting off to exotic locales. And for schools trying to integrate students from various neighborhoods and socioeconomic backgrounds in an effort to prevent the resegregation of schools, school vacations can highlight disparities and fracture the sense that students are equal in the ways that matter most.

I spent the first day back from the most recent break at my children’s public school, Arts & Letters in Fort Greene, Brooklyn, where my second grader’s classmates during their “morning share” mentioned their trips to Turks and Caicos, Barcelona and Guyana. A student in another classroom bubbled over with her news that she’d just stepped off a plane from Paris.

These are memorable experiences for these kids, for which their parents have often worked very hard or made large sacrifices to afford. In my husband’s and my case, we’ve chosen our careers, as a professor and a writer, respectively, in part because they allow for travel, and we rent out our home to fund our trips. No one, including me, wants to stifle children’s excitement in talking about where they’ve gone and what they’ve seen. But at the same time, many families don’t have these same opportunities, and the effect of this talk on the kids who don’t go away is undeniable.

One middle school teacher at Arts & Letters, who asked not to be named out of respect for her students’ privacy, had more than one student during a group discussion about break either make up vacation plans or refer to a vague future promise a parent had made about going to Disneyland one day. “It was a reminder about how carefully you have to manage these conversations,” she told me, “but we’re all busy, overworked teachers, and don’t always have time to think through things as much as we’d like.”

Arts & Letters is one of seven schools currently participating in New York City’s Department of Education’s diversity pilot program, with another 12 schools signed on for next year. The initiative allows the school, located in one of the fastest gentrifying zip codes in America — where multi-million-dollar brownstones sit down the block from public housing projects — to set aside seats for low-income students with the aim of maintaining cultural and economic diversity. But so far, New York City’s DOE hasn’t offered any assistance to ensure the success of these integration efforts. In order to succeed, participating schools need resources for community engagement to help knit those connections across class lines; culturally relevant curricula, books and teaching materials; and professional development to help navigate a classroom with wildly varying realities.

“Students, families, teachers and administrators bring lots into the school building each day,” Arts & Letters principal John O’Reilly said. “Much of it is wonderful, but some is tough,” and needs careful attention to sort through. On the school’s dime, he brought in an organization dedicated to dismantling racism in schools. “Border Crossers helped us clear away some of the cultural gunk that is in us and surrounds us,” said O’Reilly, “so that we can better see our own racism and classism.” This kind of training doesn’t come cheap, and so far, the school has only been able to afford one session, O’Reilly said. In the meantime, teachers mostly rely on their own instincts and learning on the job.

When Pia Micoli, the lower school director, arrived at Arts & Letters as a third grade teacher four years ago, she welcomed her students back from break and asked what they had done. “Kid after kid mentioned going to Mexico, Disneyland, on some cool cruise.” Micoli, who had come from a high-poverty school, was unaccustomed to so many kids having experiences that she hadn’t yet had as an adult. A number of students remained silent, their posture drooping, which troubled her and informs her thinking now. “The discussion prompt is key,” Micoli said. “It can’t be too open-ended and should focus on a value like what they learned or a connection that was made.” Micoli also directs the conversation toward the transition back to school and what students are looking forward to returning to.

The concept of “staycation,” popularized during the 2008 economic downturn, coupled with the IDNYC program, which provides free access to cultural institutions throughout New York CIty’s five boroughs, has made staying home more appealing for many families. Plenty of kids during the morning share talk excitedly about visits to local museums or zoos, but you have to have a parent or caregiver available to take you, and many children don’t.

Meg Crouch, middle school director at Arts & Letters, told me how the office is always packed the week before a break with kids in trouble. “They’re anxious in anticipation of the long period of unstructured time stuck inside while a parent or caregiver is at work,” she said. “Or being around difficult home life situations without the break that school can offer.” Crouch said she is careful in conversations with both parents and kids not to assume that vacation is a happy, carefree time.

In the last 40 years, American public schools have never been more segregated than they are right now. If history is any indication, Education Secretary Betsy DeVos’s plan to promote school choice through school vouchers and an expansion of charter schools will only lead to more segregation. And yet there is ample research that integration not only improves the achievement of low income students without adversely affecting their wealthier peers, but also helps everyone develop their critical thinking skills, their leadership skills and their acceptance and understanding of people who are different from them. To achieve these benefits, however, it’s not enough to simply diversify classrooms. Careful effort and resources must be dedicated to actually integrating them.

Bliss Broyard is the author of One Drop: My Father’s Hidden Life — A Story of Race and Family Secrets. Follow her on Twitter @blissbroyard. 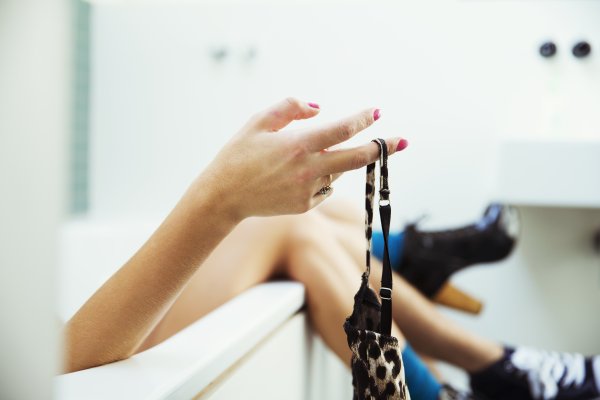 6 Ways to Have More Intense Orgasms
Next Up: Editor's Pick