Private Chelsea Manning will remain on active duty in the U.S. Army following her release from military prison on May 17. Manning was sentenced to 35 years in prison for leaking national security secrets, but her sentence was commuted by President Barack Obama before he left office.

Because Manning’s conviction is being appealed, an Army spokesperson told USA Today she will remain an Army private and therefore eligible for health coverage upon her release, though she will not be paid. If the appeal is denied, Manning will face a dishonorable discharge and lose all benefits.

Manning, a transgender soldier, fought for hormone treatment while imprisoned and became an outspoken advocate within the LGBT community.

President Donald Trump blasted his predecessor’s decision to shorten Manning’s sentence, calling her an “ungrateful traitor” who “never should have been released from prison.” The details of Manning’s assigned post and other terms of her release have not been publicized. A Twitter account run by Manning’s supporters has posted exuberant messages in the days leading up to her release. 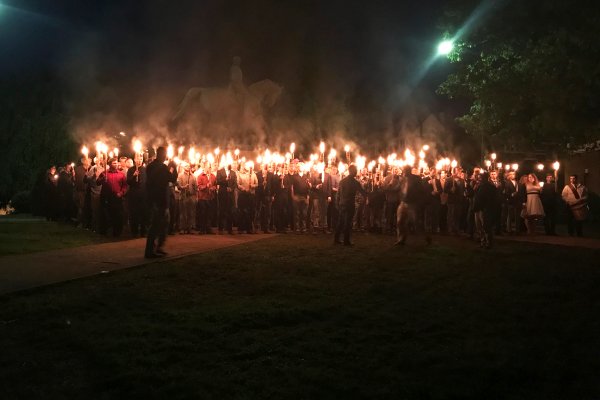 Virginia Mayor: Protest Supporting Confederate Statues 'Harkens Back to Days of KKK'
Next Up: Editor's Pick