Turkish police officers work next to an overturned bus at the scene of a traffic accident, near Marmaris, western Turkey, on May 13, 2017.
IHA/AP

(ISTANBUL) — Turkish authorities say at least 23 people have died and 11 others are in critical condition after a tour bus tipped over, fell 15 meters (50 feet) down a cliff and then hit a car on a serpentine mountain road.

Deputy governor of Mugla province, Kamil Koten, told Turkey’s state-run Anadolu news agency the driver is among the dead and most of those killed were women.

Governor Amir Cicek said the bus flipped over at a road bend as it was traveling from the coastal province of Izmir to Marmaris, a popular tourist destination.

Cicek said the passengers were all Turkish and the cause of the accident is unclear, pending investigation.

Anadolu said the bus was in a convoy of six, carrying mostly women and children for a Mother’s Day event. 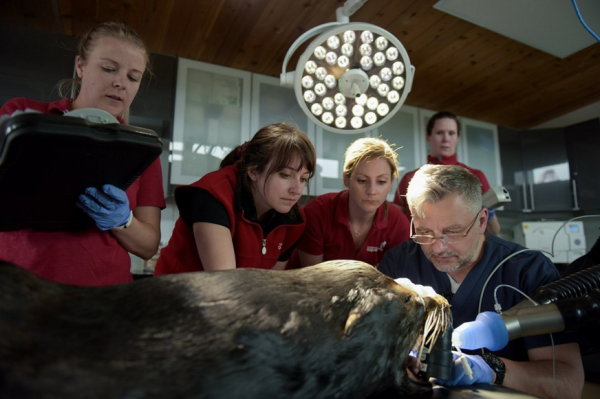 Sea Lion Shot Multiple Times in the Face Rescued From Vancouver Beach
Next Up: Editor's Pick