Every mom I know would skip the breakfast in bed, the Hallmark card or the flowers in exchange for the security of knowing they and their kids are healthy and happy. But this Sunday, mothers across the country will spend Mother’s Day worried about the health of women and families — especially if they’re opening their gifts in front of the morning news.

The American Health Care Act, which the Donald Trump Administration is working hard to jam through Congress, aims both barrels at women. It makes it harder to plan your pregnancy, harder to have a healthy pregnancy and harder to take care of your children. No matter how many ribbons and bows you put on it, that’s one ugly Mother’s Day present.

There are three things every person birthed by a mother (so, everyone) needs to know about the impact of the AHCA. First, if the prior estimation still holds true, around 24 million people will lose health coverage. Second, millions of people will be blocked from coming to Planned Parenthood for affordable preventive care like birth control and cancer screenings. Third, states will be allowed to strip away maternity coverage, and insurance companies will be able to charge you more if you’ve been pregnant, had a C-section or experienced post-partum depression.

The fact that mothers reproduce will now be our economic burden. Under this health care plan, being a woman will once again be a pre-existing condition in America.

But this is about more than any single laundry list of harmful policies. Extreme politicians in Congress and the Administration are attempting to transform life for women, and not for the better.

Imagine you’re a woman here in the U.S. who wants to wait to become a mother until you’re ready. You now have to do so with a head of Health and Human Services who thinks women have no problem affording health care like birth control. And with someone leading our national family planning program who opposes birth control. (Seriously.) All while we have members of Congress who think women are getting birth control at their local grocery store, right between the produce and the frozen foods. Needless to say, the outlook for any woman hoping to avoid unintended pregnancy for the next four years is pretty bleak.

If you’ve read this far — and many mothers will have understandably stopped already in despair — imagine now that you’ve had your child. This should be a time when you can devote your energies to caring for and bonding with your baby. Instead, the American Health Care Act rolls back pregnancy and newborn care, and it even forces women on Medicaid to go back to work two months after giving birth — as though mothers can simply strap their baby on their back and pick up where they left off.

It’s no secret that working moms already face tough challenges in America: The gender pay gap is worse for mothers, and the U.S. is still the only developed nation in the world with no national paid family leave policy. But even if you’re fortunate enough to have a job with great benefits and manage to find affordable childcare — no small feat given that, in some states, childcare is more expensive than college tuition — the new health care bill will raise insurance premiums and health care costs, making it harder to keep your family healthy.

For women around the globe, the situation is even more dire. Planned Parenthood works with partners in 12 countries who run life-saving programs that help women plan their families, prevent HIV and AIDS, and promote maternal and child health. The actions this Administration has already taken — like re-instating and expanding the Global Gag Rule, and ending support for the U.N. Population — will put the lives of mothers and children around the world at risk, and reverse years of hard-fought progress in combatting preventable diseases.

So this Mother’s Day, instead of taking your mom out to brunch or sending chocolate, commit to fighting for a government that recognizes that women deserve basic human rights and protections — including the right to decide when and whether to become a mom. After all, nothing says “I love you, Mom!” like adding your members of Congress to your contacts, and letting them know you’re counting on them to stand up for women and families everywhere. 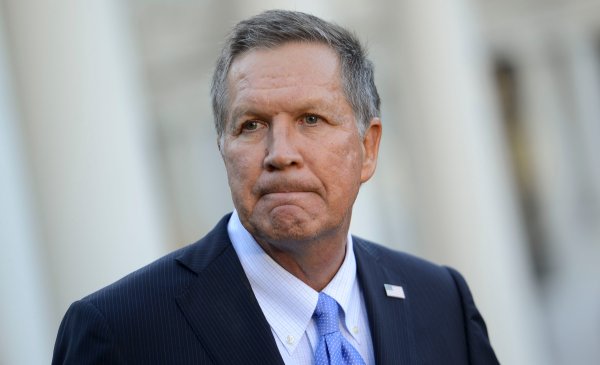