Aaron Hernandez’s Fiancée Discusses Ex-NFL Star’s Suicide: ‘I Thought It Was a Hoax’

Closing arguments in the Aaron Hernandez trial for the murder of Odin Llyod at Fall River Superior Court. Hernandez's girlfriend, Shayanna Jenkins and his mother Terri Hernandez listen to the judge give instructions to the jury.
Boston Globe—Boston Globe via Getty Images
By Melissa Chan

The fiancée of former NFL star Aaron Hernandez said she thought it was a “cruel” prank when prison officials alerted her to the inmate’s suicide because she said Hernandez gave no hints of a plan to kill himself when they spoke hours earlier.

Shayanna Jenkins-Hernandez opened up about her last telephone conversation with Hernandez and the moment she learned of his death in a Dr. Phil interview set to air in two parts early next week.

“I thought it was a hoax, that this was some cruel person playing a trick on me,” she said of the early morning phone call she got from the prison.

Read More: What to Know About the Rise and Fall of Aaron Hernandez

The 27-year-old former tight end for the New England Patriot hanged himself, using a bed sheet, inside his Massachusetts single prison cell last month. He was serving a life sentence for a murder conviction.

Jenkins-Hernandez said she doesn’t think her fiancé died from suicide. She said he spoke of freedom and the future on the phone with her the night before his death.

“Daddy’s going to be home … I can’t wait to hold you and love you,” Jenkins-Hernandez recalled him saying before he ended the phone call abruptly.

“I just know that the feedback I was getting from our last talk had nothing to do with any suicidal thoughts,” she said. 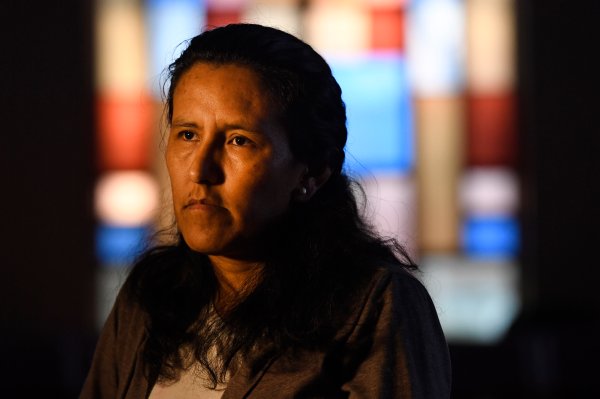