The New York Times crossword was released as part of the newspaper’s “Celebrity Crossword” series that is running throughout the year to mark the daily puzzle’s 75th anniversary. This is the fourth in the series. Other puzzles were created by Jesse Eisenberg, Neil deGrasse Tyson and pianist Emanual Ax.

This isn’t the first time Clinton or Fleming will help put a crossword together. Fleming is regular contributor to the Times crossword and Clinton has contributed clues in the past. Although the former president in known more for his affinity for completing rather than constructing them.

“When I was president, I worked no telling how many hundreds and hundreds of crossword puzzles,” Clinton said in the 2006 documentary Wordplay. “I find it very relaxing. For a moment you take your mind off whatever you’re doing.” 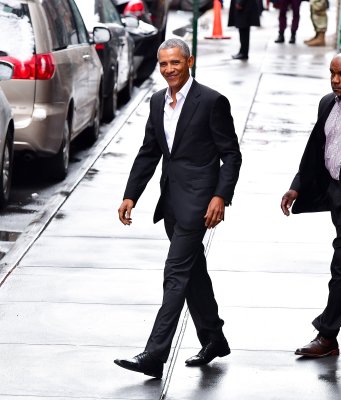