New Interactive Tool Traces the Evolution of the U.S. Constitution

The National Constitution Center has launched a new interactive tool that makes it easy to see the changes between drafts of the U.S. Constitution produced during the Constitutional Convention in Philadelphia in the summer of 1787 and the final product signed on Sept. 17, 1787.

Lines that changed the most are highlighted, so users can click on them and see how they compare to the final version of the Constitution. For instance, a six-year term of the president was proposed in the July 24, 1787, draft.

One of the changes most apparent in the drafts, proposals, and committee reports on the site are the multiple variations of the Preamble. It started out as “That the Government of the United States,” evolved to “We the people of the States of…” listing the 13 colonies, and finally became the now iconic phrasing, “We the people of the United States.”

The person responsible for that change was James Wilson, who would become a Supreme Court Justice in 1789.

“He is under-appreciated, but his huge contribution to the Constitution was to insist that the people, rather than the states, were sovereign,” says Jeffrey Rosen, CEO of the National Constitution Center. “And that change was so important that Lincoln invoked Wilson when he said that the South had no constitutional authority to secede from the Union. The Southern states said, ‘we are sovereign states, we can leave the Union if we want,’ and he said they’re not because James Wilson explained that ‘we the people of the U.S. as a whole are the ultimate source of authority,’ therefore a majority of the people of the U.S. has to agree before that can be changed in any way.”

The interactive corresponds with an exhibit of these documents at the National Constitution Center in Philadelphia, the first time these seminal documents have been displayed together outside of the Historical Society of Pennsylvania. 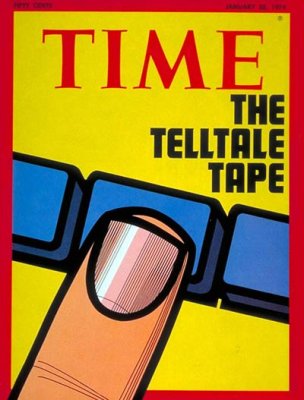 The History That Makes President Trump's 'Tapes' Tweet Controversial
Next Up: Editor's Pick