Jeanette Vizguerra, the undocumented mother of four who took sanctuary in a Denver church to avoid deportation, walked out of the church Friday morning after she was granted a 2-year stay of deportation on Thursday.

“It’s a special day for me because I will be able to celebrate Mother’s Day with my children and grandchildren,” said Vizguerra in a press conference outside the church where she was staying. Still, she vowed to continue fighting for other undocumented immigrants threatened with deportation. “Their struggle is my struggle, and my struggle is their struggle, because we are a community,” she said.

Vizguerra, who is originally from Mexico and has lived in the U.S. for two decades, took refuge in the First Unitarian Society after her first stay of removal expired and she skipped a meeting with ICE, fearing deportation. A private bill was introduced in Congress to grant Vizguerra a lawful permanent resident status, and she quickly became a symbol of impact of President Donald Trump’s immigration policies on law-abiding immigrants. Vizguerra was included in the 2017 TIME 100 list of most influential people.

Another high-profile immigrant, Arturo Hernandez Garcia, was also granted a stay of removal. Hernandez Garcia is a Mexican immigrant who lived in First Unitarian Society church basement from 2014-2015 and emerged when he was told he was no longer a priority for deportation, but was then arrested in late April by ICE agents. 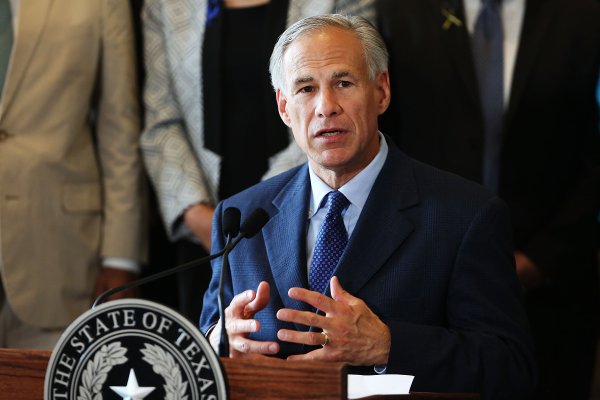 ACLU Issues Warning for People Traveling to Texas
Next Up: Editor's Pick