Kobe Bryant might be retired, but it looks like the NBA legend has been making the most of his free time — most recently, getting personally schooled in the “art of the story” from none other than Game of Thrones author George R.R. Martin.

Bryant, who’s such a superfan of the show that he binge-watched the entire series after he finished his last NBA game last year, took to his Twitter account to share a photo of him with Martin, along with the caption: “Learning about the art of story from one of my muses today. Thank you.” Bryant also used the hashtag #musecage, which refers to Mamba’s storytelling venture.

Next up on Bryant’s list of literary heroes to meet? J.K. Rowling, who he’d like to discuss “characters and story” with.

This isn’t the first time that Bryant’s shown off his extreme fandom for Game of Thrones; last Christmas, he took to Twitter to share a photo of his favorite gift, an autographed set of Game of Thrones books. 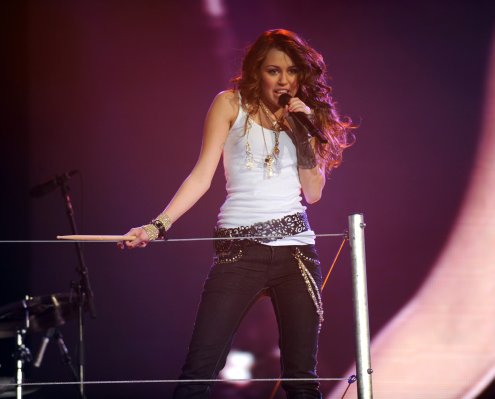 Miley Cyrus Checks Out Her 'Hannah Montana' Audition Tape
Next Up: Editor's Pick