President Trump took to Twitter Friday morning to defend his spokespersons’ conflicting accounts of James Comey’s firing — blaming the “fake media” for the confusion and then threatening to cancel all future press briefings.

“As a very active President with lots of things happening, it is not possible for my surrogates to stand at podium with perfect accuracy!” the president tweeted. “Maybe the best thing to do would be to cancel all future “press briefings” and hand out written responses for the sake of accuracy???”

His reaction comes after several days of press secretary Sean Spicer, deputy press secretary Sarah Huckabee Sanders, Vice President Mike Pence and Trump himself all offering different accounts of both the reasoning and process of Trump firing the FBI director earlier this week.

Trump also slammed the “fake media” Friday morning and once again denied any collusion between his presidential campaign and Russia, amid speculation that he fired Comey for reasons related to the FBI’s investigation into the matter. “Again, the story that there was collusion between the Russians & Trump campaign was fabricated by Dems as an excuse for losing the election,” he tweeted.

Trump also went on the attack against Comey, appearing to contradict recent reports that Trump had asked the FBI head to pledge his loyalty during a private dinner in January. 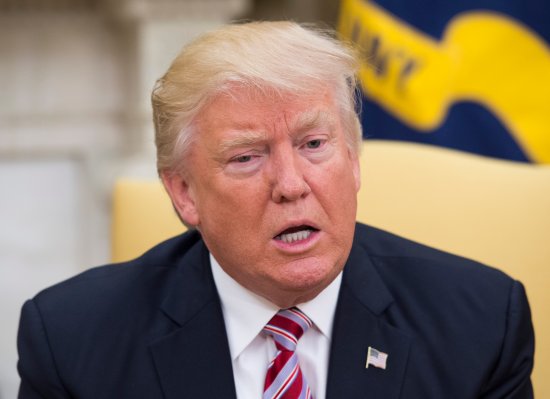