Singer-songwriter Kelly Clarkson will join Blake Shelton and Adam Levine to judge season 14 of the The Voice.

Clarkson, who won the first season of ABC’s televised talent contest American Idol in 2002, is said to have been in talks with The Voice multiple times, but was unable to join the show due to other work commitments until now, Variety reports.

Season 14 of The Voice is set to premiere in February 2018, one month before American Idol‘s upcoming relaunch. “I’m so excited to join The Voice at NBC,” Clarkson told Variety. “I can’t wait to turn my chair and see the faces of up-and-coming artists and provide them with the help and support they’ve needed to break into the industry. Watch out Shelton, I’m comin’ to win!”

Oscar-winner Jennifer Hudson, who rose to fame after she appeared as an American Idol contestant in 2004, is confirmed to be joining Miley Cyrus as well as regulars Levine and Shelton for season 13 of The Voice this fall. 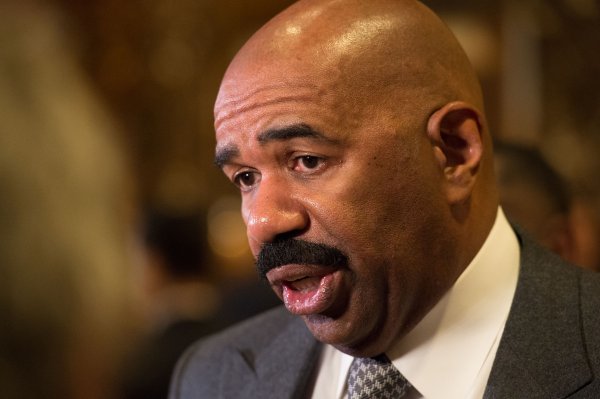 Steve Harvey Told Staff a Memo Not to 'Ambush' Him
Next Up: Editor's Pick