More Than 1,000 Gang Members and Affiliates Have Been Detained in Nationwide Crackdown

Numerous state, local and federal law enforcement partners in the HSI-led operation, which ran March 26 to May 6.
Courtesy of U.S. Immigration and Customs Enforcement
By Joseph Hincks

A six-week crackdown on gangs across the breadth of the United States has resulted in almost 1,400 arrests, according to a statement released by the U.S. Immigration and Customs Enforcement (ICE) on Thursday.

The operation was the largest to date by ICE’s Homeland Security Investigations (HIS) unit, which targets domestic and international gangs among other criminal activity. Of the total detained, 1,098 people were arrested on federal or state criminal charges, including 21 who face “murder related” allegations.

According to agency officials, a further 280 people — almost two thirds of them gang affiliated — face prosecution for being in the United States illegally and will be processed for deportation. Over two thirds of the 1,378 people arrested were U.S citizens.

“Gangs threaten the safety of our communities, not just in major metropolitan areas but in our suburbs and rural areas, too,” said ICE acting Director Thomas Homan in a statement. “Our efforts to dismantle gangs are much more effective in areas where partnership with local law enforcement is strongest.”

In the crackdown, 238 firearms and almost half a million dollars worth of proceeds from gang activity were seized. The 1,378 people arrested in the sweep included gang members and affiliates with the Bloods, Crips, Sureños, and 104 members of the El Salvador-headquartered MS-13. 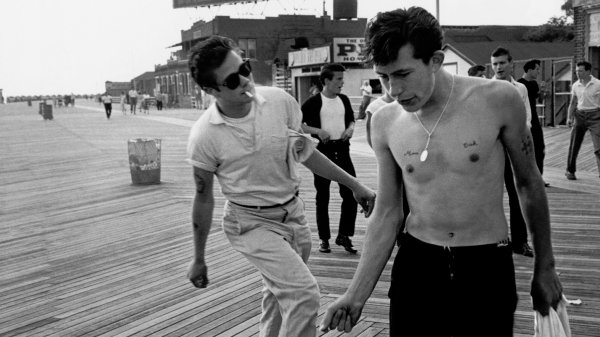