As President Donald Trump faces a mounting number of government crises, he took time to praise Michael Flynn, the former national security adviser was recently subpoenaed by the Senate and who he fired earlier this year for misleading the Vice President about contacts with Russia.

Trump on Thursday once again defended his delay in firing Flynn, telling NBC’s Lester Holt that Flynn is “a very good person.”

There was an 18-day period between when former Acting Attorney General Sally Yates told the White House about Flynn’s communications with the Russians and when Trump asked for Flynn’s resignation. Yates testified on Monday that she warned the Trump White House in January that Flynn “could be blackmailed” by the Russians because he had misled Vice President Mike Pence about his contacts with Russian diplomats.

However, Trump said in his interview with NBC News that the warning “did not sound like an emergency” and he wanted to be fair to Flynn.

“I believe that it would be very unfair to hear from somebody who we don’t even know,” the President said, referring to Yates, “and immediately run out and fire a general.”

Since being fired by the Trump administration, Flynn was being subpoenaed as part of the Senate’s investigation into Russia’s meddling in the 2016 presidential election. Senate intelligence committee members previously asked Flynn to turn over documents related to the investigation, but Flynn, through his lawyer, declined to cooperate. That has not changed the president’s opinion of his former adviser.

“This man [Flynn] has served for many years, he’s a general, he’s a — in my opinion — a very good person,” he told NBC News.

Other Trump staffers have made similar comments in recent days, with White House spokesperson Sean Spicer saying Tuesday that Trump would continue to defend Flynn because he “does not want to smear a good man.” 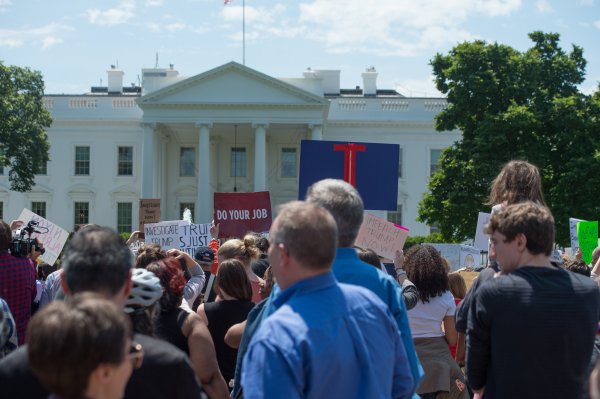