Seth Meyers on Trump: 'You Know It's Bad When the Nixon Library Thinks You're Bad for Their Brand'

“The Comey firing has invited obvious comparisons to Richard Nixon’s actions during Watergate, with many calling Trump’s move Nixonian,” Meyers noted about the inevitable historical parallels drawn between the 37th and 45th presidents in the face of the recent controversy; Nixon is remembered for the shadow of the Watergate scandal, which ultimately led to his fall from power. “In fact, the Nixonian label has been tossed around so frequently in the past 24 hours that even the Richard Nixon Presidential Library felt compelled to distance itself from Trump,” Meyers added, referencing a tweet from the library that made an important distinction between Trump’s actions and Nixon’s: Nixon, it turns out, never made the bold choice to fire an FBI Director during his tenure.

“Here’s another fun fact: you know it’s bad when even the Nixon Library thinks you’re bad for their brand,” Meyers quipped to finish off his monologue. Watch the full “Closer Look,” above. 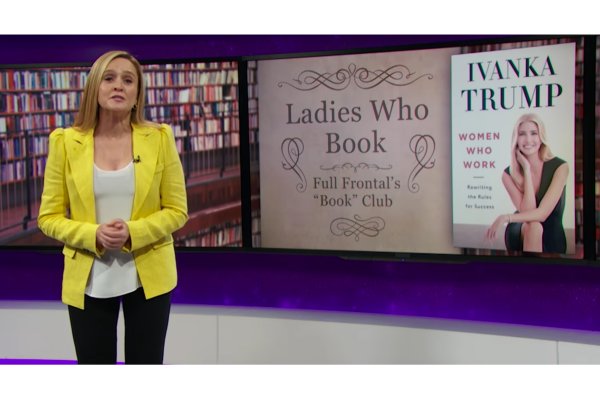 Samantha Bee Shreds Ivanka Trump's Book 'Her Belief That She's a Role Model Is Laughable.'
Next Up: Editor's Pick