Merriam-Webster to Trump: No You Didn't Invent This 1933 Phrase

Merriam-Webster is continuing its tour of President Donald Trump’s word usage. Their latest effort to correct the President with facts involves the key phrase: “priming the pump.”

In an interview with The Economist published Thursday, Trump said he believed in his proposed tax cuts even if they cause short-term deficits because they would stimulate growth, an action he characterized as “priming the pump.”

He went on to say he believed he created this particular phrasing.

“Have you heard that expression used before? Because I haven’t heard it. I mean, I just … I came up with it a couple of days ago and I thought it was good.”

Merriam-Webster, which has seized every opportunity to mock Trump and other politicians by tweeting out definitions, sprang to action with the genesis of the expression in question.

According to the dictionary company, this is not a new thing Trump invented. In fact, it appears to have started 13 years before he was born, and could contribute pump-priming to the lexicon.

“‘Pump priming’ has been used to refer to government investment expenditures since at least 1933,” the dictionary’s Twitter account said.

POTUS could have been joking, because he’s previously used the phrase back in December at a speech, during a 2016 interview with TIME and on Fox News in April. 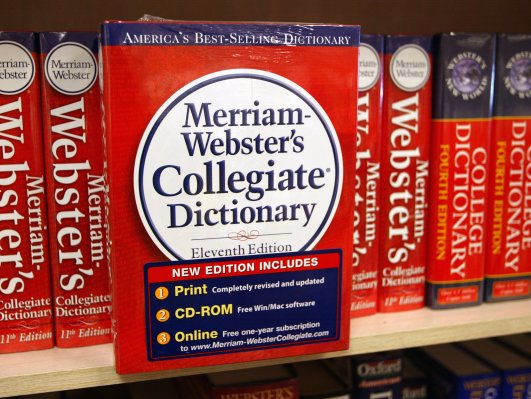 18 Times Merriam-Webster Was a Political Troll
Next Up: Editor's Pick