The extreme precautions are a measure of just how intense the debate over the removal of Confederate monuments has become in this port city, which prizes both its deep-rooted history and reputation for multiculturalism and social tolerance. The fight began in 2015, when–six months after a white supremacist’s rampage in a black church in Charleston, S.C.–New Orleans’ city council voted to remove Liberty Monument and three other memorials to Confederate leaders. After legal challenges, the statues are starting to fall.

The demolition has awakened the ghosts that linger in the South, where some see tributes to the Confederacy as symbols of heritage and others as reminders of hate. “We should not be venerating Confederates or bestowing an honor to them,” says Malcolm Suber, founder of Take ‘Em Down NOLA, a group advocating the removal of 23 statues in the city.

While the Charleston shooting was a catalyst, the push to take down the symbols, including removing the Confederate flag from South Carolina’s capitol, coincides with changing demographics. “The constituency for these monuments has diluted significantly,” says David Goldfield, a history professor at the University of North Carolina at Charlotte.

Pierre McGraw, president of the Monumental Task Committee, says keeping the memorials is about preserving history. “When we trash our historic cultural artifacts, that doesn’t serve a common good,” McGraw says. “It tells me that New Orleans has lost her soul.”

Mayor Mitch Landrieu is standing firm, even after violence erupted following a May 7 march at a General Robert E. Lee statue. “We’re correcting a historical wrong,” Landrieu tells TIME. “Those monuments have never reflected the totality of who we are.” 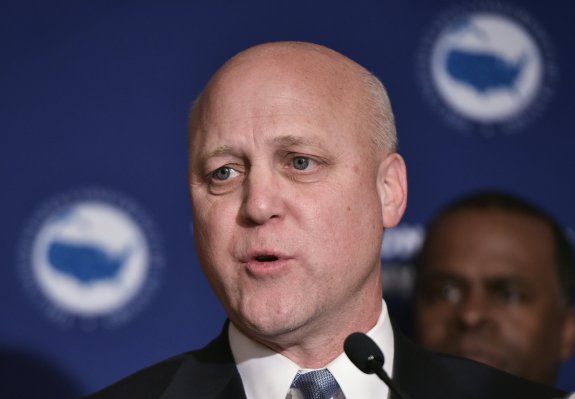