The Danger of Governing on Social Media

Less than 24 hours before he sacked the FBI director, President Trump sat at dinner in the Blue Room sharing his bewilderment at the reactions he evokes. “It’s pretty amazing to me,” he said. “If you can actually make America great again, why would people be upset about it? Why would people be upset that we want to have great education, we want to have safety in our cities … if I can do those things, why is there hatred?”

The President’s critics would have no trouble prosecuting the case, but there are broader questions to raise. Why so much hate, so much obsession? Why use Twitter as a WMD? What is this doing to us, not to the electoral map or the fever dreams of future candidates, but to people watching this operatic presidency and finding that political combat is penetrating aspects of daily life that were once off-limits? Polls find that nearly two-thirds of Americans think hate has increased since the election; only 1 in 5 people trusts the government to do the right thing all or most of the time, close to an all-time low.

The firing of FBI Director James Comey shook an already rattled body politic even more profoundly. At a moment of deep division and broad distrust, the machinery of justice matters more than ever — and when the Chief Executive monkeys with that machinery, well, that’s why the founders built a Constitution that checks Executive power. We are learning in real time how resilient our institutions will be when facing, among other threats, a foreign power intent on undermining them.

Among those institutions is journalism itself, which the President blames for much of the animosity he faces. “We are given a pretty bum press,” he told us, and he includes TIME for publishing stories he did not much like. Here, too, is a new divide. The Pew Research Center found that a year ago, roughly three-quarters of Americans — Democrats and Republicans alike — supported the role of the press as a watchdog over public officials. Now nearly 9 in 10 Democrats think the press properly holds politicians accountable, compared with only 4 in 10 Republicans. In 30 years, there has never been such a partisan gap in perceptions of the media.

This occurs at a moment when news organizations have delivered crucial revelations, be they the conflicts of interest of top officials or the Russia connections of fired National Security Adviser Mike Flynn. Add to that the weaponization of information by foreign powers and the rise of hackers and bots and fake-news purveyors, and the path forward feels even more hazardous. During past political scandals and even constitutional crises, the messy, miraculous contraption of checks and balances and freedoms and duties constructed by the founders somehow carried us to safe, common ground. We are testing our instruments again, the world is watching, and as exhausting as the journey has been so far, it appears it is only just beginning. 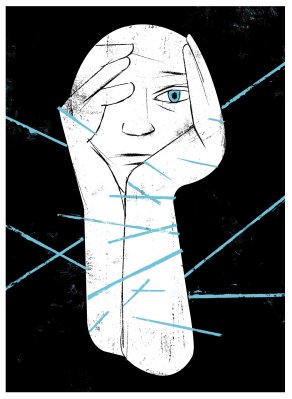 What It Feels Like When All Your Parental Nightmares Are Rolled Into One TV Series
Next Up: Editor's Pick