In the World's Most Expensive City, 1 in 10 Maids Sleeps in a Kitchen, Toilet, or Corner of the Living Room

Six days of the week Victoria Park is a staid Hong Kong hangout: executives in lycra jog its pink paved running path, young mothers push strollers along its concourses, and the elderly stretch on municipal gym equipment. But every seventh day—Sunday is the usual day off for Hong Kong’s estimated 350,000 migrant domestic workers—this wedge of old colonial green, hemmed by the shopping arcades of Causeway Bay, bursts into life.

On a recent Sunday thousands of Indonesian women picnicked on tarp and cardboard sheets spread over the park’s lawns. A band of musicians rehearsed on traditional bamboo instruments called angklung, and a troupe of East Javanese reog dancers in tiger, boar and horse costumes wheeled and whinnied at the crack of a masquerader’s whip.

“It’s little Java here,” a white-shirted woman called Purwanti tells TIME. The vice chair of the Indonesian Migrant Workers Union, Purwanti had staked out a patch of grass with some of her compatriots who, along with Filipinos, constitute about 10% of Hong Kong’s work force. They live in their employers’ homes, cook and clean for them, care for their children, and nurse their elderly relatives. Almost all of them are women.

“Here we have our rights. If our employer breaks the rules we have the right to claim what they are supposed to give to us,” Purwanti says over the din, explaining why Hong Kong—among Asian and Middle Eastern cities—is one of the most desirable destination for Indonesian domestic workers.

The other is the relatively high rate of pay, second only to Taiwan in the region. Unlike in many countries that absorb large contingents of migrant domestic workers, Hong Kong’s Standard Employment Contract includes a statutory day off every week and a minimum wage, which is currently just over $550 a month. That’s not a lot, but by the standards of the Indonesian provinces, where the monthly minimum wage can be below $100, it is affluence indeed.

Nevertheless, Purwanti says, many of the Indonesian women who work here are not adequately protected. For one thing, there are employment agents who charge excessive fees, reducing contracts to little more than a form of indentured servitude. There are, at times, physical dangers, as the murders of two Indonesian women in the fall of 2014 by British banker Rurik Jutting made so brutally plain. And there are the unhealthy living conditions endured by many domestic workers, with long hours, sometimes insufficient food, and poor accommodation.

The law requires a domestic worker to live with their employer, meaning that they can literally never escape the boss, rendering an unfortunate number vulnerable to abuse. In 2013 poll conducted by the Mission For Migrant Workers NGO, 18% of domestic workers reported suffering physical abuse and 6% reported sexual abuse. A quarter said they they felt unsafe in their employer’s house and almost half believed that the live-in arrangement made them vulnerable.

Domestic workers must also accept whatever sleeping arrangements their employer gives them. A recent survey of 3000 Indonesian and Filipino domestic workers found that 42% did not have their own room. Of those 1,304 workers without a private room, about a quarter reported sleeping in their employers’ living rooms or kitchens. Still others slept in corridors, on balconies, under stairs, in cubbyholes, and even in toilets. Some 14% did not have ready access to a bathroom.

“On any given night 564 women are sleeping in toilets, that’s in absolute numbers when we extrapolate it” explains Norman Uy Carnay, Program Coordinator at the concern group Mission for Migrant Workers, which conducted the survey. “It’s really appalling to hear stories like this in Hong Kong, which claims to be Asia’s World City,” he adds, using a sobriquet for the territory dreamed up by government officials anxious to maintain its international image under Chinese rule.

To be sure, space is notoriously at a premium the world’s most expensive housing market. A four bedroom villa on Hong Kong island’s Repulse Bay, a verdant urban enclave near a beach, is currently on the market for the equivalent of $87.3 million. That works out at a dizzying $21,190 per square foot. A tiny, two bedroom apartment 40 kilometers from the city center can easily rent for $3,500 a month. To cope, many people share apartments with extended family, with several sleeping together in a single room. Some, unable to afford even that, rent cubicles or bedspaces in partitioned units.

At the same time, Carnay balks at the idea that this justifies inhumane conditions for domestic workers: “You wouldn’t have your family members sleeping in a toilet, or in a cubbyhole on top of a refrigerator, why is it okay if it’s a domestic worker? Is this modern day slavery?”

Diah*, a 27-year-old wearing dark red lipstick in Victoria Park, tells TIME through an interpreter about her living situation in Mei Foo, a middle-class housing estate across Victoria Harbour in northwest Kowloon. She sleeps in the living room, where her employer hosts noisy mahjong nights twice weekly. “I’m tired all the time,” Diah says, noting that the guests don’t usually leave until 2am. Four and half hours later, she has to get up to make breakfast for the eight members of her employer’s family who also share the modest sized apartment.

Another woman, Aluh, tells TIME she had recently recovered from a nine month course of treatment for TB, a condition she says her doctor attributed to her damp living conditions. She slept under racks of drying clothes in a corridor between her employer’s bedroom and a kitchen, and continued to do so while receiving medical treatment. She was afraid to quit because she was worried that she would not be able to find another job while she was sick.

Hong Kong’s labor law stipulates that employers must provide migrant workers with “suitable” furnished accommodation with “reasonable privacy” but its vagueness opens the system to abuse. The only two examples of unsuitable accommodation specified in the regulations are “made-do beds in the corridor with little privacy” or rooms shared with teenage or adult members of the opposite sex.

Mission for Migrant Workers says that expanding the definition of what constitutes unsuitable accommodation to include balconies, toilets, kitchens and the like would help prevent situations like Diah’s and Aluh’s from arising. The concern group also call for an end to the mandatory live-in arrangement.

Hong Kong has not ratified the Geneva-based International Labor Office’s most recent Convention on Domestic Workers (C189), which among other guidelines states that maids must not be forced to live at their place of work. Although Singapore—which has been criticized for its treatment of migrant domestic workers—has not ratified the convention either, its on-paper requirements for domestic workers’ accommodation are at least more exacting. Rooms must be properly ventilated, beds not near any dangerous equipment, and maids should have “adequate space and privacy,” Singapore’s ordinance states.

A spokesperson for Hong Kong’s Labour Department told TIME by email that it was “not feasible or appropriate to provide a more detailed or exhaustive definition of suitable accommodation,” without stating why this was the case. The spokesperson did note that employers are required to submit details of the accommodation they intend to provide to the immigration department for assessment before a migrant domestic worker arrives.

But even in cases where employers contravene Hong Kong’s labor laws, the women in Victoria Park say they are reluctant to complain. Out-of-work maids only have two weeks to find new employment under Hong Kong’s immigration law before they have to leave. Besides being subject to another round of agency fees—which take months to pay off—the rush to secure a new position can force them into even worse conditions.

More: Living Without an Identity: The ‘Heartbreaking’ Plight of Undocumented Children in Hong Kong

When Sriwidodo, who has worked in Hong Kong since 1994, worked up the courage to complain about a lack of privacy recently her employer took action, she tells TIME through an interpreter. He affixed slatted wooden doors onto the front of the bay window nook in which she sleeps. Smiling under her pale green hijab she pulls out her smartphone and shows pictures of her 1.5 meter high quarters. In the bottom half of the frame are cupboards for clothes; in the top half there is the tiny area where Sriwidodo sleeps. A flimsily partitioned window space is the very best many helpers in Hong Kong can hope for.

—With reporting by Kevin Lui/Hong Kong

*Diah and Aluh’s names have been changed to protect their identity. Purwanti and Sriwidodo asked to be referred to by their first names, as is common in Indonesia 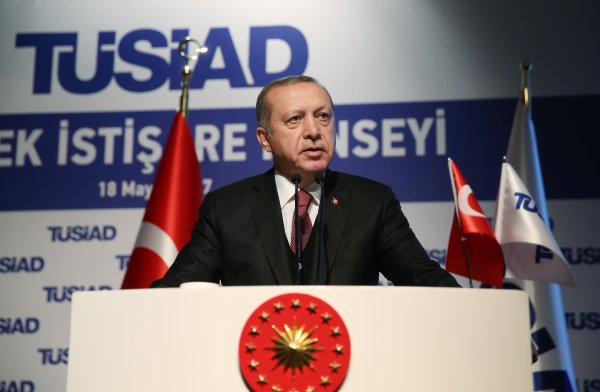