The CIA has established a mission center geared towards dealing with advancements in North Korea’s nuclear and ballistic missile programs.

“Creating the Korea Mission Center allows us to more purposefully integrate and direct CIA efforts against the serious threats to the United States and its allies emanating from North Korea,” said CIA Director Mike Pompeo in a statement Wednesday.

Tensions remain high on the Korean Peninsula after belligerent exchanges between North Korean leader Kim Jong Un and President Donald Trump, who deployed a naval strike group to the West Pacific last month and advanced the installation of the THAAD missile defense system in South Korea.

In the preceding weeks, Pyongyang had conducted a series of missile tests and then held live fire drills as it marked the anniversary of the founding of its military. North Korea has threatened to strike if provoked by the U.S.

North Korean state news agency KCNA said last week — without providing evidence — that Pyongyang had “uncovered and smashed” plots hatched by the CIA and the South Korean National Intelligence Service. One of those plots was allegedly an assassination attempt on Kim using a “bio-chemical substance.”

Meanwhile, South Korea’s President Moon Jae-in swept to a landslide victory in his country’s presidential elections Tuesday. Moon has expressed a softer approach in dealing with North Korea and has said he is open to visiting the country under the right conditions. 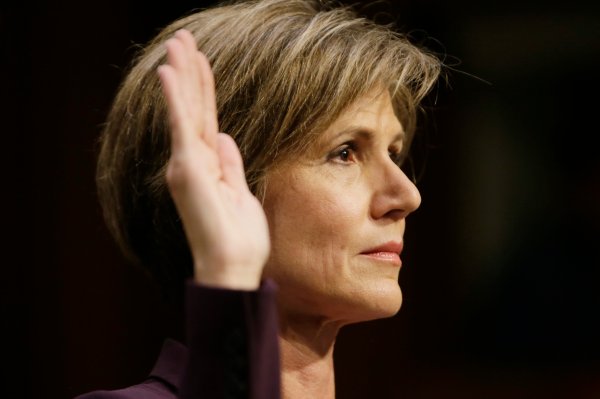 Sally Yates: Michael Flynn Was "Compromised" By Russia
Next Up: Editor's Pick