Richard Nixon in the Oval Office at the White House in the 1970s.
Don Carl Stehhen—Gamma-Rapho / Getty Images
By Aric Jenkins

The National Archives is “examining” its employee training methods after the Richard Nixon Presidential Library and Museum — which it oversees — tweeted a “fun fact” regarding FBI Director James Comey’s firing on Tuesday.

“FUN FACT: President Nixon never fired the Director of the FBI #FBIDirector #notNixonian,” the library tweeted Tuesday evening. The post went viral with more than 50,000 favorites by the following evening.

The National Archives said Wednesday that it will review its training practices since the tweet “was not representative of the polices of the Library of the National Archives,” according to Eric Lach, an editor at the New Yorker.

“As a Federal government agency, the National Archives does not condone or engage in partisan or political conversations,” a spokesperson from the agency said.

“The National Archives is examining the training provided to employees who post to official social media channels as well as reviewing work flows and approval processes to ensure that our social media efforts engage the public in constructive conversations in line with agency policies,” the statement added.

The Nixon Library’s tweet intended to dispel comparisons of President Donald Trump’s firing of Comey to President Nixon’s termination of Archibald Cox, a special prosecutor who was looking into the burglary that set off the Watergate scandal in 1973. 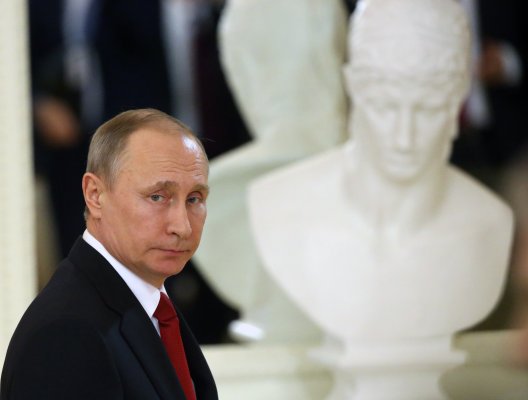 Putin: Russia Had 'Nothing to Do With' Comey Firing
Next Up: Editor's Pick