Tove Styrke got her big break on the Swedish version of American Idol at the ripe old age of 16. Eight years later, she’s re-engineered her image from a sultry young ingenue to a fresh, confident artist, crafting music that is starker, stronger and even more attuned to pop’s best instincts. Following 2015’s well-received album Kiddo, her new single “Say My Name” takes a more minimalist tack. “To me there’s edginess in just being annoyingly damn sparse,” she explains of her songwriting technique. That same sensibility is found in her hypnotizing music video, out today: it’s all Tove, all the time, in a kaleidoscopic dance of bold color and personality.

“There’s even a part where I’m standing in an infinity room so there’s me [times] infinity. That’s a proper reintroduction, don’t you think?” she asks. Below, TIME digs deeper into what makes Styrke tick — and why this song stands out for the evolving artist.

TIME: What’s the story behind this track?

Tove Styrke: I met Elof Loelv and Tinashe (T Collar) Sibanda for a session last summer and we did this song. We were playing around with metaphors for saying somebody’s name, and came up with the chorus: “Wear it out like a sweater that you love / Spill it out like a drink you should have skipped.” I just loved that lyric so much, and we kept building the song from there. I had been writing a lot prior to that, but it wasn’t until I met Elof that it really clicked for me. Sometimes you need somebody to snap you out of your comfort zone to get better at whatever it is you’re doing. “Say My Name” was like a starting point of a new era for me.

How is this song and video different from what you’ve made before?

For me this song and video are like the opposite to what I did last time. Where Kiddo was all about being loud and big, this is close and simple. The trick is to be expressive and chill at the same time. For example, finding nuances in the voice instead of adding another instrument. And to me there’s edginess in being just annoyingly damn sparse as well. Same goes for the video. With my videos for “Borderline” and “Ego,” we went and documented these beautiful places as a grand backdrop for the songs, whilst this time it’s just me in a studio where every image was planned to the very last detail, to follow and match the feel of the song and the beat.

The video is bold and bright — and it’s all you, all the time. What prompted that?

I know, there’s even a part where I’m standing in an infinity room so there’s me [times] infinity. That’s a proper reintroduction, don’t you think? Using mirrors as a metaphor for self-appreciation is something I’ve been thinking about for a long time. Because to me the song has a vibe where the “I” is just completely comfortable with themselves. I call them “I want you” songs, where you’re just telling somebody that as a fact without neediness or scruples. That’s what “Say My Name” is to me.

I’ve also been working on the color scheme. I wanted all the new visuals to feel approachable and simple, and I wanted them to pop.

How would you describe the art you’re trying to make at this point in your career? What sets you apart from other pop artists right now?

At this moment I feel more than ever that I’m just making these things for me. I write songs that are fun to write, I sing in ways that are exciting for me, I make videos for the pure enjoyment of dressing in these clothes and dancing in them. I love all of it. There’s no bigger thought behind it, and I don’t think there needs to be. That’s the brilliant thing with all kinds of art — you make something that you need to make for whatever reason and somebody else might just need to have that very same thing in their life. Isn’t that kind of magical?

Honestly, I don’t know! And I kind of love it. It feels like you can be more and more spontaneous with how you put out music. I really like that. I’m keeping my schedule open for now and we’ll just see what happens. I have some new songs that I’m head over heels for, to put it mildly, and I’m going to continue writing and releasing music. That’s all I know. 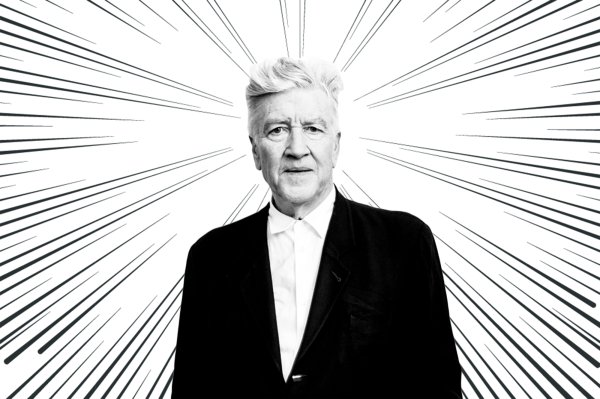 How 'Twin Peaks' Changed TV Forever
Next Up: Editor's Pick