President Trump's Approval Rating Has Dropped to a Near-Record Low

President Donald Trump’s approval rating has fallen to a near record low with significant losses among white voters with no college degree, white men and independent voters, a new poll has found.

The survey, conducted by Quinnipiac University among nationwide participants, found that Trump has a 36% approval rating compared to 58% who disapprove of him. The number is down from Quinnipiac’s April 19 poll, which found a 40% approval rating, and just 1% higher than his lowest-ever rating since he became president.

Key among those declines were groups that strongly advocated for his election. Approval among white voters with no college degree fell 10 points from 57% to 47% since April 19. White men went from a 53% approval to a 48% approval in that same time.

“There is no way to spin or sugarcoat these sagging numbers,” Tim Malloy, assistant director of the Quinnipiac University Poll, said in a statement.

“The erosion of white men, white voters without college degrees and independent voters, the declaration by voters that President Donald Trump’s first 100 days were mainly a failure and deepening concerns about Trump’s honesty, intelligence and level headedness are red flags that the administration simply can’t brush away,” Malloy added.

On Tuesday, Trump fired FBI Director James Comey, a controversial decision that reverberated around Washington. It remains to be seen how voters around the country will judge the move.

Quinnipiac says its poll was conducted over the phone with live interviewers among 1,078 voters nationwide between May 4 and May 9. The margin of error is plus or minus 3 percentage points. 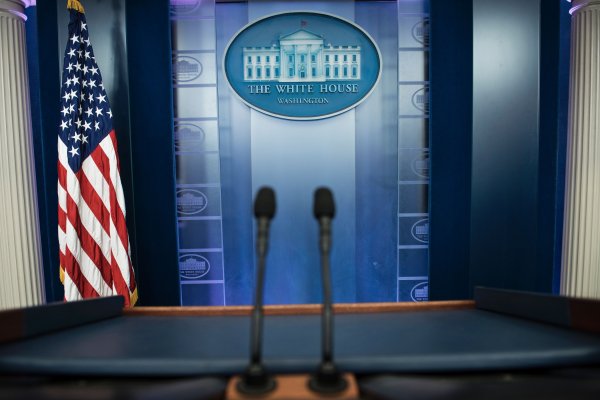