Miller, known for being tough on young competitive dancers on the reality show, appeared optimistic during an interview that aired Wednesday on ABC’s Good Morning America after she was sentenced to a year and one day in federal prison.

“A year and a day. It sounds like a movie title,” she said. “I’m just going to pretend I’m shooting a movie and we’re on set, and I’m there for 10 months and that’s the way it’s going to be.”

The 51-year-old pleaded guilty last year to fraud charges after prosecutors said she was trying to hide $775,000 worth of income despite filing for bankruptcy, according to the Associated Press.

Miller said she will spend her time in prison reading and learning how to speak Spanish. She’s also already working on a new book. “I wasn’t ever trying to hurt anyone,” she said. 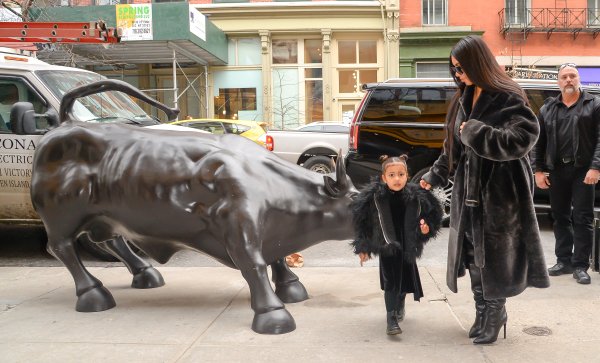 North West Confirmed She's the Chillest Celebrity Kid by Turning Her Time-Out Into a Spa Day
Next Up: Editor's Pick