During the opening remarks in the U.S. Senate, the two leaders struck wildly different tones, with McConnell arguing that hypocritical for Democrats to be outraged over his termination when they had disavowed him for his handling of the investigation into Hillary Clinton’s private email server, the very thing Deputy Attorney General Rod Rosenstein cited in his recommendation that he be ousted.

McConnell also addressed the increased number of calls for a special counsel from the majority of Democrats and even some Republicans, arguing that implementing one would only be counterproductive in the Senate Intelligence Committee’s own investigation into Russian interference in the 2016 election.

“Partisan calls should not delay the considerable work of Burr and Warner,” McConnell said, referring to the ranking members of the Intelligence Committee. “Too much is at stake.”

The head of the Senate Intelligence Committee, North Carolina Sen. Richard Burr, has not called for a special counsel but said Tuesday that the timing of Comey’s termination was “troubling” and his termination was a loss for the FBI. Sen. Mark Warner, the ranking Democrat on the committee, has issued calls for a special counsel, arguing that it is the “only way this Administration can begin to demonstrate a commitment to the rule of law.”

Schumer, who reiterated his calls for a special counsel, and called on McConnell to hold separate closed and if necessary, classified, briefings with the entire Senate Chamber Attorney General Sessions and Rosenstein.

“Nothing less is at stake than the American people’s faith in our criminal justice system,” Schumer concluded. 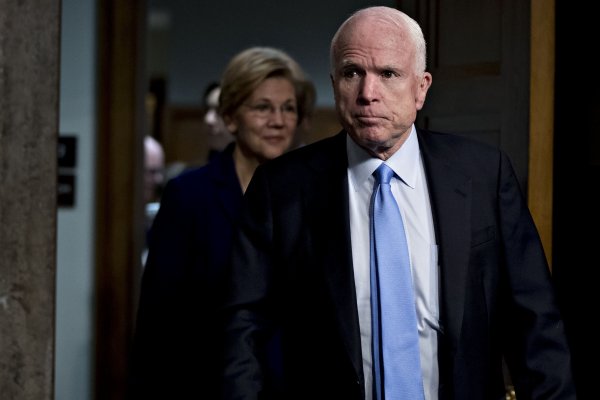