“I cannot defend the Director’s handling of the conclusion of the investigation of Secretary Clinton’s emails, and I do not understand his refusal to accept the nearly universal judgement that he was mistaken,” Deputy Attorney General Rod Rosenstein wrote in a memo the White House cited as a reason for firing Comey.

After Comey announced he was re-opening Clinton’s email investigation on October 28, he was criticized by many for an announcement that could be viewed as an interference in the election. But Trump called his actions courageous, saying “it took guts.”

“I have great respect for the fact that the FBI and the Department of Justice are now willing to have the courage to right the horrible mistake that they made,” Trump said after Comey made his announcement.

In January, shortly after he was inaugurated, Trump spotted Comey at a law enforcement reception and gave him a hug. “He’s more famous than me,” he joked. 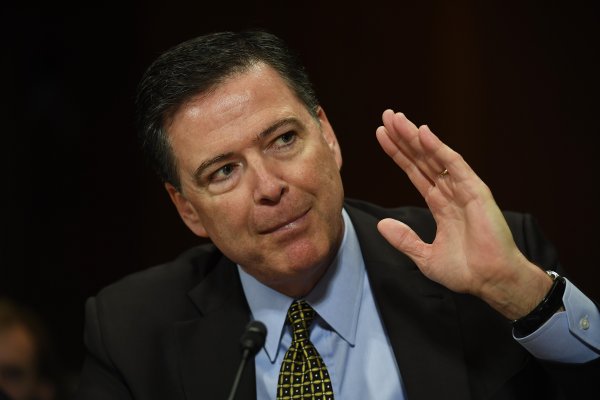 Hillary Clinton Campaign Manager on James Comey Firing: 'This Terrifies Me'
Next Up: Editor's Pick