“I cannot defend the Director’s handling of the conclusion of the investigation of Secretary Clinton’s emails, and I do not understand his refusal to accept the nearly universal judgment that he was mistaken,” Rosenstein wrote in a memo to Attorney General Jeff Sessions, which was released by the White House on Tuesday. “Almost everyone agrees that the Director made serious mistakes; it is one of the few issues that unites people of diverse perspectives.”

The White House announced Tuesday that Comey had been removed from office based on recommendations from top Justice Department officials. Comey was leading an investigation into whether Trump’s campaign colluded with Russia to interfere in in the 2016 presidential election.

“The way the Director handled the conclusion of the email investigation was wrong,” Rosenstein wrote in his memo. “As a result, the FBI is unlikely to regain public and congressional trust until it has a Director who understands the gravity of the mistakes and pledges never to repeat them. Having refused to admit his errors, the Director cannot be expected to implement the necessary corrective actions.”

You can read the full memo below: 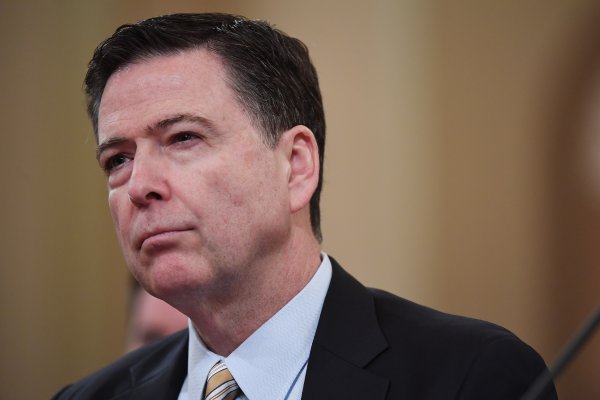 Comey Warns Americans to Watch Out for Fake News
Next Up: Editor's Pick