Mourners gather under an LGBT pride flag flying at half-mast for a candlelight vigil in remembrance for mass shooting victims in Orlando, in San Diego, Calif. on June 12, 2016.
Mike Blake—Reuters
Ideas
By Judy Shepard
Judy Shepard is the president and founder of the Matthew Shepard Foundation, which has joined the new Eliminate Hate Campaign.

Aren’t you exhausted by the constant barrage of news — the proposed legislation against our communities and the reports of hate crime after hate crime? One fifth of these crimes are now reported to be done in President Donald Trump’s name.

In the 19 years since my son Matthew Shepard was murdered because of his sexuality, my foundation has seen the ups and downs in the numbers and targets of hate crimes. But in the last few months there has been a dramatic increase in reports across the spectrum.

I know my son Matt would be as disappointed as I am that hatred is taking a seat at the tables of our leadership right now. It seems like it’s getting its own wing in the White House.

Hatred is not nature. It is nurture. No one is born with hatred in their heart — it is learned behavior. People learn to hate in the same way they learn to love. The difference is: Who are the educators?

Unfortunately, groups like Alliance Defending Freedom (ADF), which describes itself as a conservative Christian organization, exploit children in the name of hate. It parades them around a courtroom for frivolous lawsuit after frivolous lawsuit. One prime example is a suit filed recently against a school district in Boyertown, Pennsylvania, claiming that a high school student was sexually harassed when he saw a transgender boy changing in the school locker room.

Children don’t deserve to be thrust into this spotlight. They’re just kids — kids being bullied by an international, multimillion-dollar anti-LGBTQ “hate group.”

The Southern Poverty Law Center labeled ADF as a “hate group” this year because of their longstanding history attempting to criminalize LGBTQ people. But I know firsthand the extent of their hate. At a 2014 conference, an ADF lawyer asserted that my son’s murder was a hoax fabricated to advance the “homosexual agenda.” These same lawyers are now trying to take advantage of young people who are “uncomfortable with” transgender students using the same restroom or locker room in school districts across the country. Everyone would be better served if education and acceptance were the solutions to feeling “uncomfortable” rather than nuisance lawsuits.

The same strategies that were employed did during segregation era — the strategy of selecting white people who “became ill” or “felt uncomfortable” sharing a water fountain with their black neighbors. We already know how this will play out over the course of history. It was never about water fountains, and it’s not about restrooms or locker rooms now. It is a misguided attempt to remind people that in their world view the trans community is not worthy of equal treatment under the law.

Transgender girls are not boys. They are girls in every sense of the word. Transgender boys are not girls. They are boys in every sense of the word. They deserve to use the bathroom or locker room that matches up with their gender identity. It is the safest place for them to be. Resistance comes from a lack of education and understanding of what it means to be trans.

Title IX protects students from sex discrimination, and the Department of Education put out a guidance clarifying that that includes gender identity — but recently the Trump Administration decided to take away that guidance, along with the hope it brought to so many transgender children. LGBTQ students were rightfully protected from harassment and humiliation until then. The governments — local, state and federal — as well as anti-LGBTQ hate groups and the religious right are teaming up to tear these protections away.

They claim that these students could “get to subjectively identify” whichever way they want in order to game the system. The research conducted by Media Matters shows that these claims are not only unfounded but that schools with inclusive policies have experienced no problems of harassment, mistreatment or incidents as a result of the policy.

The attempted suicide rate for transgender people is already nine times higher than of cisgender people, according to the 2015 U.S. Transgender Survey. Further marginalizing trans children will only contribute to their vulnerability. We must provide these kids with the resources they need — to feel protected and heard. One recent study found that trans kids who have strong support networks are 82% less likely to attempt suicide.

Across the country, many of the anti-LGBTQ bills introduced into state legislatures are actually drafted by hate groups or rely heavily on their “model policy.” When LGBTQ youth are exposed to this political vitriol, it sends the message that society is rejecting them, too. We should be protecting our children from these well-funded bullies.

As the ADF’s own blog states: “It’s more important now than ever to stand up for our children and grandchildren and ensure their constitutional right to bodily privacy is protected.” They’re just on the wrong side of history. The ones who need protection are in the minority. They are the transgender students. 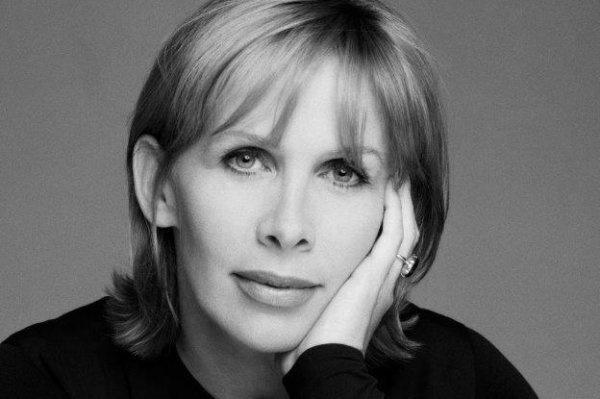 Trudie Styler: Society Must Accept Every Person’s Gender Reality
Next Up: Editor's Pick