Betsy DeVos will give her first commencement address as Education Secretary on Wednesday, appearing at the historically black Bethune-Cookman University, where her selection stirred controversy largely because of her recent statements about historically black schools.

The choice of DeVos sparked immediate backlash last week among many students and alumni of the Florida university, who signed a petition asking the school to rescind her invitation. The petition referenced an “unsettling” remark made in February by DeVos, who praised historically black colleges and universities (HBCUs) as “pioneers” of the school choice movement, even though they were founded to provide educational opportunities to black students who were shut out of other institutions.

“Secretary DeVos has no understanding of the importance, contributions, and significance of HBCUs,” the petition said.

Her speech will also come on the heels of President Donald Trump’s suggestion last week that funding for HBCUs might not be constitutional. He later released a statement walking back the remark. “It does not affect my unwavering support for HBCUs and their critical educational missions,” he said.

“Secretary DeVos chose an HBCU as the venue for her first commencement address to demonstrate my Administration’s dedication to these great institutions of higher learning,” Trump added.

DeVos also reaffirmed her support for HBCUs and “the critical role they play in communities and in our higher education system.”

But their statements have done little to assuage DeVos’ critics — particularly those who also oppose the Trump Administration’s positions on educational issues.

“We’ve got lots of reasons to be concerned about Betsy DeVos as of today,” Adora Obi Nweze, president of the NAACP Florida State Conference, told TIME on Tuesday, criticizing DeVos’ stance on school vouchers and charter schools. On Monday, Nweze called for the resignation of Bethune-Cookman University President Edison Jackson and Board Chairman Joe Petrock, citing concerns she said the NAACP had heard from students that the university could try to stifle protests of DeVos’ address.

“The university leadership has drastically fumbled and should resign,” Nweze said in a statement.

But the university’s president said the school will support students’ First Amendment rights. “We have not and will not seek to chill the free speech of our students and faculty; as we support the free exchange of alternative ideas in all academic efforts,” Jackson said in a statement Tuesday, adding that the school will still strive to “protect the integrity of our commencement exercises.”

Jackson has also defended his decision to invite DeVos to speak, declining to rescind her invitation.

“I am of the belief that it does not benefit our students to suppress voices that we disagree with, or to limit students to only those perspectives that are broadly sanctioned by a specific community,” Jackson wrote in a letter to the university community last week. “If our students are robbed of the opportunity to experience and interact with views that may be different from their own, then they will be tremendously less equipped for the demands of democratic citizenship.”

Education Department spokesperson Liz Hill said Tuesday that DeVos was looking forward to “engaging in productive dialogue with the students, faculty, and staff during her visit.”

“Commencements are a time to celebrate the graduates and that’s what she will be focused on while at B-CU on Wednesday,” Hill said.

But for the same reason, some students said the university should have chosen another time and place for a contentious speech.

“Go to the social student gatherings where it can be a dialogue and not a monologue,” graduating senior Tyler Durrant said in an interview with Essence.”Because it shouldn’t be a monologue at my commencement.” 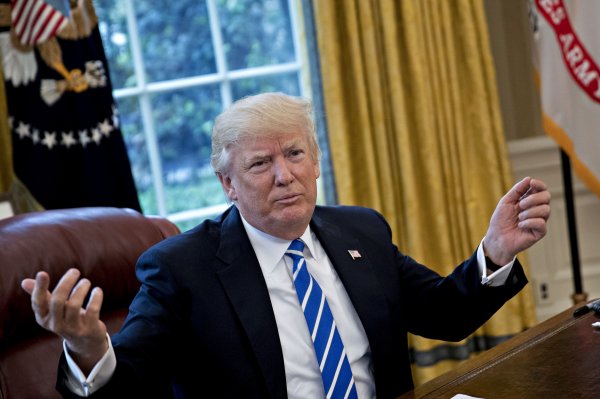