4 Ways to Tell You’re With the Right Person

Whether you’re entering a new relationship or hitting a significant milestone, it’s natural to question whether you’ve chosen the right partner. We talked to Elizabeth Schoenfeld, Ph.D., director of research and evaluation at LifeWorks and frequent contributor to ScienceofRelationships.com, and Marina Williams, a therapist in Boston and the author of Couples Counseling: A Step by Step Guide for Therapists, about the telltale signs you should look for.

Small, daily gestures of romance are an important part of a supportive relationship, especially when they align with your personal needs. If you’re feeling under the weather, for example, you’ll appreciate your partner more if he or she makes you soup rather than brings home concert tickets, Schoenfeld says. “Having a partner who notices what you need or want in a given moment and responds accordingly bodes well for the long-term potential of your relationship.”

Whether its hugging, kissing, or cuddling before bed, regularly engaging in some form of physical affection is key to feeling connected to your partner, according to Schoenfeld. “Generally speaking, couples who are more physically affectionate with one another tend to be more satisfied with their partners and their relationships—which makes sense, as individuals tend to feel more cared for and understood when their partners show physical affection,” she says. And being affectionate is good for our personal and mental health, too.

They Respond Well to Conflict

How you communicate in the heat of an argument can be a telltale sign of the status of your relationship. In fact, the amount of conflict you engage in with your partner doesn’t matter nearly as much as how the argument is handled, Schoenfeld says. In healthy relationships, each partner responds to conflict in a caring and supportive manner. “If they listen to what you’re saying, respect where you’re coming from, and respond to your disclosures by sharing their own thoughts, feelings, and experiences (without making the conversation all about them), then intimacy is more likely to flourish.”

If you are communicating poorly, however, don’t give up hope. “As a couples counselor, I always love it when the problem is communication because it’s something that’s very easily fixed, granted that the couple is willing to change,” Williams says.

While it’s okay (and perfectly normal) to have different interests from your partner, it’s important to be on the same page when it comes to long-term goals. “Differences can be great for balancing out a couple and making things more interesting socially,” Williams says. “Where I think it’s important to be similar is in your values and goals for the future.” And Schoenfeld agrees: “Prioritize similarities that have long-term implications, such as a shared desire (or lack of desire) for marriage or children.” 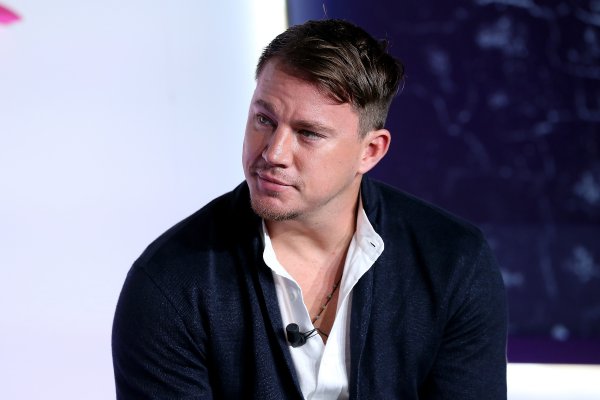 Channing Tatum Writes Powerful and Touching Letter to His Daughter
Next Up: Editor's Pick